1 Jacques Villeneuve to Return to Indy 500

“Man, thus just solidifies so many things and so many decisions,” said Harvick, who joined Stewart-Haas after spending 13 seasons with Childress Racing. “I’ve just got to thank Gene (Haas) and Tony (Stewart), and (business manager) Eddie Jarvis. In 2012 I told (Jarvis) it would be fun to have Tony and I on the same team, and here we are in the Victory Lane”.

"It was a great job by Kevin and his whole team. They did a great job all weekend. They were fast. We worked on our car. We got a little help from our teammates, and it was a lot of hard work to get better and better. I ended up where I thought we should have finished. We were a little faster at the end, but they were stellar — impressive as heck all weekend. I hope everybody enjoyed the race. We were really working our butts off there and giving it everything we had,” added Earnhardt Jr.
NASCAR Sprint Cup Phoenix Top 10:
1. Kevin Harvick (Stweart-Haas Racing/Chevrolet)
2. Dale Earnhardt Jr. (Hendrick Motorsports/Chevrolet)
3. Brad Keselowski (Team Penske/Ford)
4. Joey Logano (Team Penske/Ford)
5. Jeff Gordon (Hendrick Motorsports/Chevrolet)
6. Jimmie Johnson (Hendrick Motorsports/Chevrolet)
7. Ryan Newman (Richard Childress Racing/Chevrolet)
8. Carl Edwards (Roush Fenway Racing/Ford)
9. Kyle Busch (Joe Gibbs Racing/Toyota)
10. Jamie McMurray (Chip Ganassi Racing/Chevrolet). 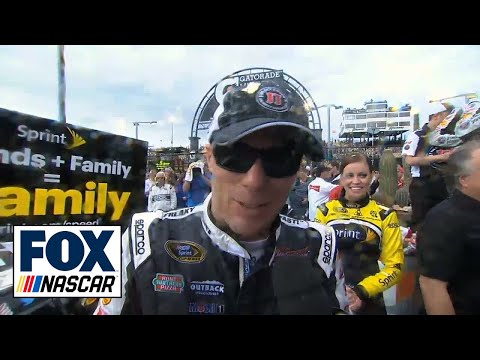