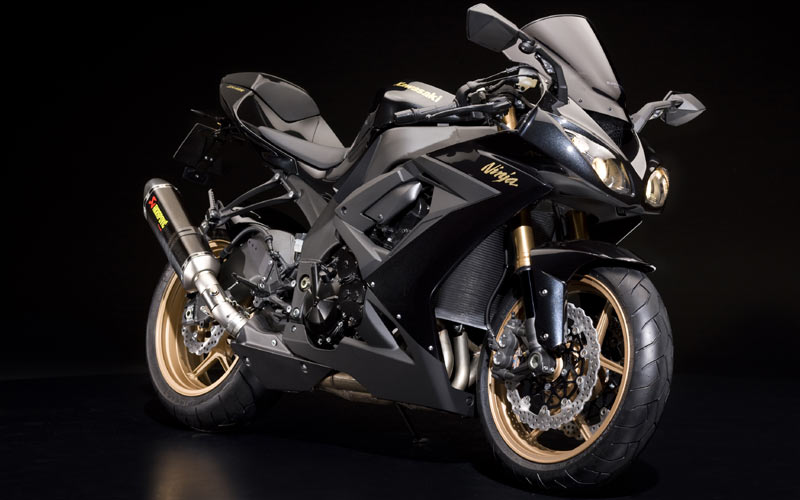 When Kawasaki unveiled the 2010 ZX-10R model last year, we were pretty disappointed, as the bike was only bringing few changes compared to previous version. Aside from the ZX-6R looks and an 8-position Ohlins steering damper, the supersport bike came with... almost nothing.

Now, Kawasaki is introducing a new limited edition in the UK, aimed at showing British bikers there’s much more to it than just looks, MCN reports.

A new fairing, exhaust, double fuel injection and a claimed 200 horsepower output, were already some of the 2010 ZX-10R characteristics.

The new host of extras that make up the ZX-10R Performance Edition are all official Kawasaki accessories and come with a two-year guarantee.

The bike now gets Akrapovic silencer along with double bubble screen, color coded seat cowl, mini front indicators, plus tank and knee pads, at a total cost of is £1,300.

The silencer gives the ZX-10R a 5 bhp power gain and the bike is also available with 0% interest over three years with a £99 deposit.

While we are left chewing at this limited edition pack, Kawasaki is reportedly working on the 2011 1,000 cc Ninja, to be launched later this year. The bike will hopefully be a completely new and redesigned bike, that would at least rise up to the 2004-2005 ZX-10R success.