5 The "Stop a Douchebag" Campaign in Russia Gets Some Help from the Police
Car video reviews:
Up Next

Just Because There's No War, It Doesn't Mean a Howitzer Can't Kill You in Russia

When it's not annexing old territories these days, Russia is busy moving its troops around in an attempt to show off and balance NATO's expansion in Eastern Europe, to use its own words.
1 photo
Sometimes, that means certain pieces of equipment need to be moved from one place to another, which actually requires some planning and, generally speaking, a bit of thinking. As a general rule of thumb, military equipment tends to be on the heavy side, and while some of them are self propelled, others still rely on trucks and different vehicles for getting around.

Take these 122 mm howitzers that were in one place, and then needed to get somewhere else. They're very useful at blowing up stuff, but ask them to move, and they'll stare at you helpless. They need to be towed by a truck, which is usually handy because they also need something to carry their ammo around.

Army convoys aren't such a common occurrence, so whenever one is spotted, you can bet people will take their phones out and film their passing. This one, however, appeared to be pretty boring: just a bunch of dark green Kamaz trucks pulling an equal number of howitzers in the same color behind them. It was like watching a single truck pass by in a loop.

Until one of them decided to stand out from the crowd during a left-hand turn at a busy junction. Whoever was tasked with planning this route surely didn't do his best, as parading tons of metal in the middle of a crowded street isn't what they teach you during safety courses.

Not to mention some of the trucks could have been carrying live shells as well. A few police cars and officers were present, but apart from stopping the traffic, what more could they do in case something went wrong than a common citizen?

And, predictably, something did go wrong. There are probably tens of similar convoys moving through Russia each day, but only this one featured the howitzer with its (or rather "his") own freewill. Sensing this was his best chance at the civil life he always dreamt of, he made a run for it, deserting his brothers in arms and attempting to blend with the crowd. His plan didn't go too well as a few men pointed him out and, using a surprisingly efficient foot-brake technique, he was stopped in his tracks. The video ends here, but we can only assume it was towed back to the truck and took to the base to be court-martialed. 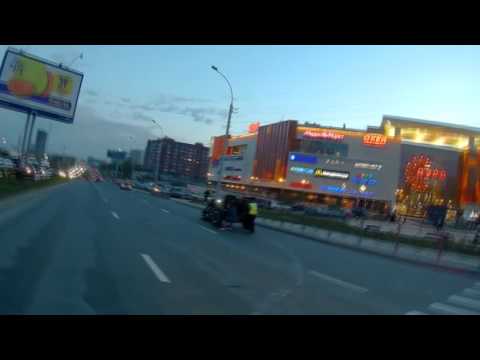