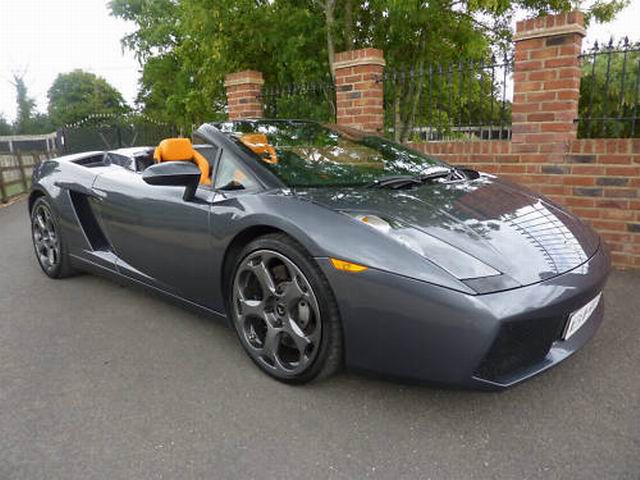 Many people would like to have a piece of Jeremy Clarkson. Some in a good way, others in a carnage-like way. This piece of news won’t he able to help any of them, but could be pretty useful for someone who has a pretty beefy bank account, is in the market for a topless supercar, likes Clarkson and trusts his car advice. We haven’t quite described a large category of our planet’s inhabitants, but we’ll go on anyway. So, let’s get to the point: Clarkson is selling his Raging Bull.

Even though this might sound like an announcement that connects the automotive journalist with the farming world for someone who has reached our website Google-ing “bull”, we have to tell you that what we are actually trying to say is that the Top Gear star’s 2007 Lamborghini Gallardo Spyder can now be yours. Actually, it is not Clarkson who is selling the car: he was the first owner and sold it to the current owner, who is now willing to let you have it for GBP90,000 ($145,000 or EUR105,800 at the current exchange rates).

The topless supercar, which comes in a gray exterior finish, with an orange interior and has 31,000 km (19,250 miles) on its odometer, is offered via J-Spec imports.

Let’s see how Clarkson described the Gallardo Spyder (this was a review for The Sunday Times’ online edition): “So why, you may be wondering, am I so fond of a squeaky car with no phone, no iPod connection, too much body fat, tyres that last less than three minutes, and the real world performance of a BMW Z4? I’ll tell you why. Because it’s got orange seats. And because it is so pretty. And because when you go above 3500rpm it makes a noise like a punctured sumo wrestler. And because you sit so far forwards, which makes it feel like you’re on the nose of some giant, snarling power-crazed animal.”

“But you’re not. You look at the pictures and you imagine it’s another whopping great supercar with hips like Marilyn Monroe. But actually it’s tiny, as near as makes no difference the same length as a Ford Focus.”