Woman Blames Clarkson for Damages to Her Reliant Robin 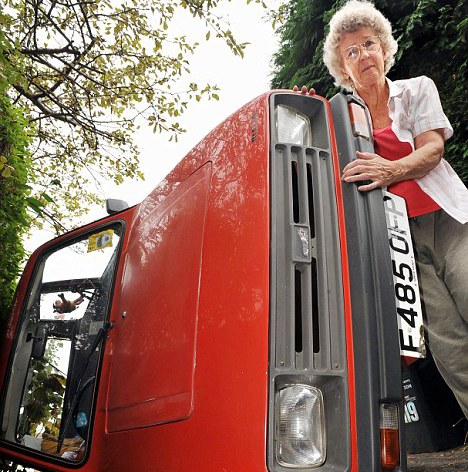 Not direct damages, that is, but damages by example, if you like. Barbara Wilke is a 67-year old retired teaching assistant with a very strange passion for Reliant Robin, the three wheeler tormented so much by Jeremy Clarkson and his Top Gear crew. Of course, being a Robin fan, Mrs. Wilke also owns one.

One which is also put through hell by a bunch of unknown individuals, who keep flipping her car ever since the episode was aired in June. So far, the woman claims, the constant flipping of the car caused more than 1,000 pounds in damages (for the record, we don't know if the Reliant Robin itself is worth that much).

“I think whoever did it saw the broadcast and that put the idea into their heads. It might all be a laugh for Mr Clarkson but this is not funny for me,” Wilke told The Daily Mail.

'The car is really well known in the area. All the children wave when they see it. A lot of people I know affectionately call it the little plastic pig, but I say it's my little Robin. I just couldn't believe it when I woke up at 7am, looked out the window and there was my pride and joy tipped over on its side.”

Her little Robin suffered so far only scratches, but things might get ugly if the car is damaged beyond repair. The fact that the woman's husband, Patrick, parks his car so close to the Robin that it too got damaged doesn't help the family either.