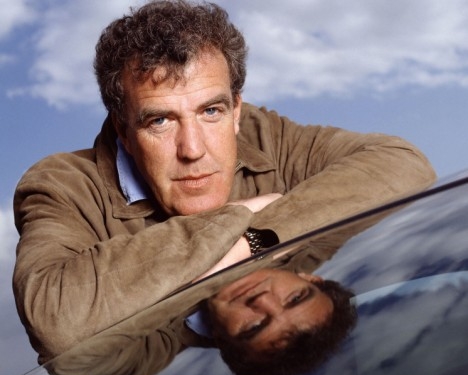 No, it's not a Michael Jackson reference and Jeremy Clarkson has not yet started singing, though we're sure some of you wold pay good money to see him parading on a stage in tights screaming his head off, you sickos!

It's all about a DVD with the great Clarkson, the car guru and the scourge of bad cars everywhere, the man with the best job in the world. Why do we say that? Well, because he gets to drive the most awesome cars in the most wicked places, tape the whole thing and then make money off of selling it to blokes like you and me.

The name of the DVD comes from the “thrills” he got from driving these wonderful machines, thrills which he hopes to give to you people out there. The “machines” we were talking about include a Porsche 911 Turbo, the Aston Martin DBS, Pagani Zonda F Roadster, McLaren SLR 722 GTR and the Mercedes CLK 63 AMG Black Series (which incidentally happens to be the Stig's favorite).

The chosen destination had to be something nice, a place where most of us dream of driving but never get there. How about the Swiss Alps, with their winding roads and wonderful scenery? Sounds good? We should hope so! And that's why we're putting Clarkson on our “luckiest bastards alive” list.

The trailer shows off some pretty impressive stuff, which is kinda reminiscent of Hollywood and Michael Bay. Hint: it involves blowing up things like a speed camera with a rocket launched from a car and a double decker bus.

This move comes to complete the utter madness that has been caused by Top Gear. People left and right are going crazy, which is why we now have an American version and Australian version of the show, with a confirmed new venture in Russia.

Here's hoping the DVD fares well, despite it's slightly 80s-inspired name and a receding hairline in Clarkson's case. If you drive a boring and safe family car around town everyday and dream about taking a spin on the French Riviera in a exotic car, then maybe you could let Jeremy here guide you with his “Thriller” DVD.