3 2011 Audi A7 Official Photos Leaked
Car video reviews:
Up Next

Is This the BMW 6-Series Grand Coupe? 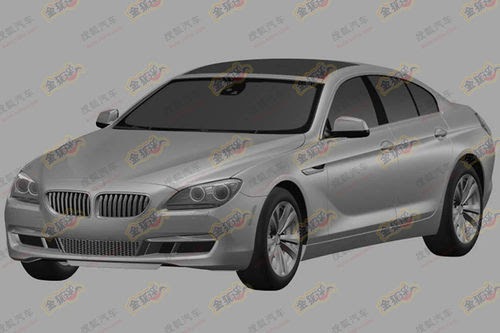 What is this interesting (and a bit strange) looking four-wheeled machine that we are beholding? It’s got a kidney grille, so it’s a BMW - that part we are sure of. However, its show the face of the new 6-Series and the body of a four-door saloon. That means it can only be one thing!

BMW has previously confirmed that it plans to build a production version of the 6 Series Gran Coupe Concept that it unveiled at the 2010 Beijing Motor Show, and these plausible-looking patent filings, which comes via JokeForBlog, appear to give a glimpse at the car's final production firm. We are glad to see that the “finished” version of the car doesn’t deviate to much from what we saw in concept form, save the smaller wheels that fill the wheelarches less well.

Four-door coupes are nothing new these days, with vehicles like the Mercedes-Benz CLS and Volkswagen CC providing the base note to new models like the Audi A7, Aston Martin Rapide and Porsche Panamera.

We’re glad to see that the Bavarians are joining the party. Strip away the rear doors, and the design of the Gran Coupe is awfully close to that which we see on the new two-door models. However, the new flat roof makes all the difference.

Like the 6-Series Coupe and Convertible, the GranCoupe will be powered by a 320 hp  turbocharged 3.0-liter inline-six and a 407 hp twin-turbo 4.4-liter V8.

Most guesses/estimations suggest the car will be unveiled unveiled sometime next year, and until then we have to make due with the 3D renders. Let us know what you think of a four-door 6-Series in the comment section below.