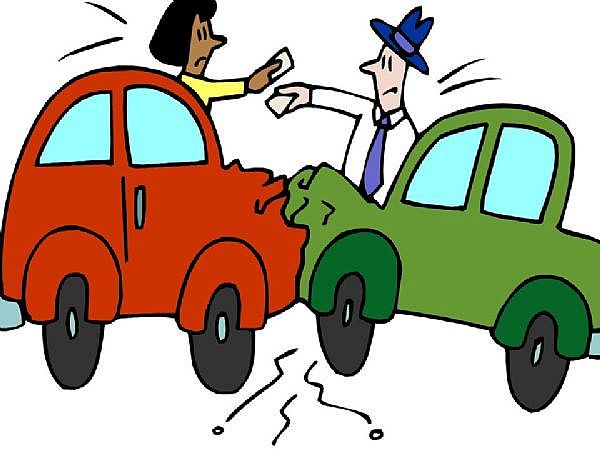 The Insurance Institute for Highway Safety thought to give insurers a bit more ammo to be used when you walk through the front door to make your claim. They again went after mini and micro cars, this time to test how much a collision at low speeds would cost.

Five of the seven tested cars did poorly in the tests. Insurers should beware of theMINI  Cooper, Kia Rio, Toyota Yaris, Honda Fit and Hyundai Accent, who all scored poorly in the crash tests.

The worst performer is the Kia Rio with $9,380 total damage in the 4 tests. In a single crash test, the Rio "managed" to rack about $3,700 in damage, which is, basically, about 30 percent of its purchase price. 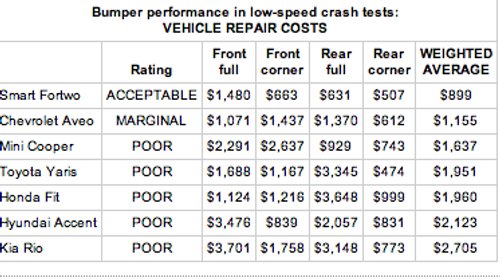 The best of the seven was the smart fortwo, with $3,281 total damage in 4 tests, a relatively low price because of the dent-resistant, inexpensive, pre-painted plastic body panels.

According to the new protocol, the Institute put bumpers through 4 crash tests including full front and rear into a barrier that mimics the front or back bumper of another vehicle plus front and rear corner impacts.