Daniel Patrascu
Caught in between hybrids, plug-in hybrids and electric vehicles, car buyers seem to have forgotten that even in a regular ICE-powered car (internal combustion engine), a few driving skills can help one achieve an impressive mileage. We are not taking here about strange conversions of the car, severe to the point of rendering whatever warranty is left void, but about driving in such a manner that your otherwise gas-guzzling car will turn if not into a hybrid-like one, than at least into one with decent mileage. There are, of course, countless methods to drive so that you don't eat up a full tank of gas every 60 miles or so. Some of them are more successful than others and all are severely influenced by several factors, like the type of engine, its consumption rate, the weight of the car and so on. WHAT IS HYPERMILING 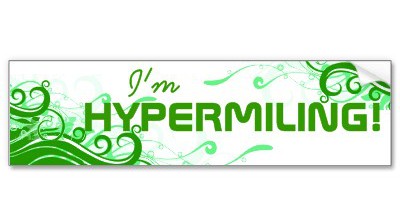 Hypermiling is a set of driving skills which allow any driver to maximize the fuel consumption rate of a car by using mostly carefully studied driving techniques. The procedure may also include some modifications brought to the car, but these are not mandatory and often unadvised. Even some of the driving techniques are dangerous and considered illegal in several parts of the world.

The term hypermiling is said to have been invented by Wayne Gerdes, perhaps the best known hypermiler out there. His goal, when it all started, was not necessarily to provide drivers with a means to improve their gas mileage, but to show that the EPA ratings for vehicles are not entirely accurate.

This is because EPA is testing vehicles under controlled laboratory conditions, meaning their findings do not always apply to the real world. According to the man allegedly behind the hypermiling movement, the EPA fails to take into account or underestimate several factors, including highway speeds, stop-and-go frequency in cities, outdoor temperatures, use of several other systems like air conditioning, and even assuming gentle acceleration and braking (for those interested in the EPA testing procedure and more of the aspect it ignores, follow this link).
KNOWING YOUR CAR
In order for you not to be disappointed by the huge amount of gas your car consumes, you must at first know what type of car you drive. And by know we don't mean know who made your car, but what that the manufacturer placed under the hood. And, most importantly, how much that engine eats; meaning you should know the EPA figure for your engine, so that you may have a point of reference to compare your progress to.
PREPARING THE CAR 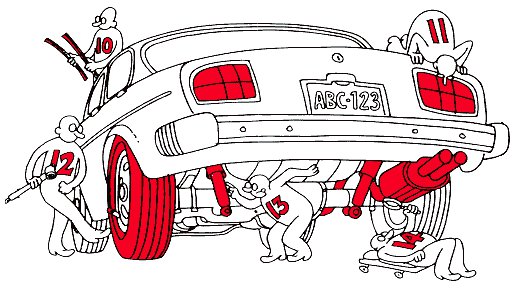 The first aspect of getting ready for hypermiling is to make sure you car is ready as well. Although some studies have shown that, for instance, tires improperly inflated have a small impact on the fuel consumption of your car, it is important both for your safety and for the goal you want to achieve to have the tires inflated at the recommended pressure.

It is also important that you take the car in for all the required maintenance, change the oil and air filters. Also, tend to your engine as much as possible by only using the manufacturer recommended fuel.

Before trying to make your car achieve impressive mileage, make sure it is capable of doing so. If you try this with an improperly maintained vehicle, the only result you will get will be wasted time and a big disappointment.

It is also important that you strip the car down of any unnecessary weights and give up the habit of carrying big loads. Including passengers.
HYPERMILING TECHNIQUES
As said, there are several ways to achieve a better-than-expected fuel consumption rate. Using only one or two of these techniques will work, but using all will likely make wonders for your budget. Before describing these ways though, we must warn you they are all about efficiency, not fun behind the wheel. Meaning, in most cases, such an endeavor will turn the pleasure of driving into the torment of keeping track of all the things you have to do right.

Step 1. Responsible use of the brake and accelerator pedal. For hypermiling, you don't have to use these two pedals at all times. When you do use them, use them wisely. The acceleration of the car should be done smoothly, without sudden moves. The same applies to the brake. According to Gerdes, this technique might help you cut 33 percent of the fuel consumed at highway speeds (only 5 percent in city driving).

Step 2. Use the terrain. Your car is subject to pretty much the same laws of physics which apply to all other objects. Meaning that if you place in on a downgrade, with no system holding it in place, it will move on its own.

So, if your driving through areas which give you the opportunity to let the car coast down to the bottom of a hill without the throttle being pressed, let it. Do not turn off the engine while doing this though, as it may incapacitate several systems, including direction and braking. Hypermilers recommend (although we know that's very hard to do), to drive mostly downhill than uphill.

Combining the above two mentioned steps, you should use a city's environment to your advantage. When you see a traffic light turning red in a distance, stop accelerating. Coast towards it in idle mode, and only throttle up if you lose momentum. That way, you save gas, might get to the stoplight just in time, as it turns green (thus eliminating Step 3) and it saves you the need to apply the brakes.

Step 3. Turn off your engine. The engine of the car can be in use, idling or turned off. For hypermiling purposes, a 'in use' engine in the worst, idling is better and turned off is the best. When the terrain allows you, chose to let the car move forward with the engine idled. When the conditions are right, choose to turn it off.

This usually happens at stoplights. Since there's no way around stoplights, hypermilers recommend that you turn off the engine should the stop, whatever its cause, last for more than 7 seconds. Contrary to popular belief, restarting the engine after that will not eat up more fuel than it would have, had it been left idling.

Step 4. Don't drive fast. Some of you will argue that, as long as the car's engine is at a reasonable rev level, speed is not essential in trying to achieve better mileage. Other know that, regardless of the rev level of the engine, the faster the car goes, the more the air around it tries to resist. This is called aerodynamic drag.

You can help eliminate or reduce aerodynamic drag by applying Step 2, but in a different way. Instead of using the terrain, you could use the other cars, more precisely cars bigger than yours. By positioning your car behind the truck in front, for instance, you begin to use the truck as a buffer which takes on most of the drag.

The maneuver, as you know, is called drafting, slipstreaming or tailgating. Also as you know, it does wonders in NASCAR, but is illegal on public roads.

Step 5. Give up comfort. Turn off just about every single system available on your car, except for the ones needed by the car to run properly and required by the law. This means giving up using the air conditioning, even in hot days, as it is one of the systems which adds the most to the consumption figure of the car.

According to Gerdes, fuel consumption can be reduced by dropping the use of the A/C by in between 5 and 30 percent.

Hypermiling is a movement which gathers more and more followers worldwide, but especially in the US. Hypermilers are, if you like, the vegetarians of the automotive world. And by vegetarians, we don't mean something bad.

Even if we don't follow the above steps to the letter (we are sure there are many more such techniques and we'd love to hear about them in the comment box below, so feel free to have your say), we all at one point did a bit of hypermiling. And probably more and more of us will give it a try.