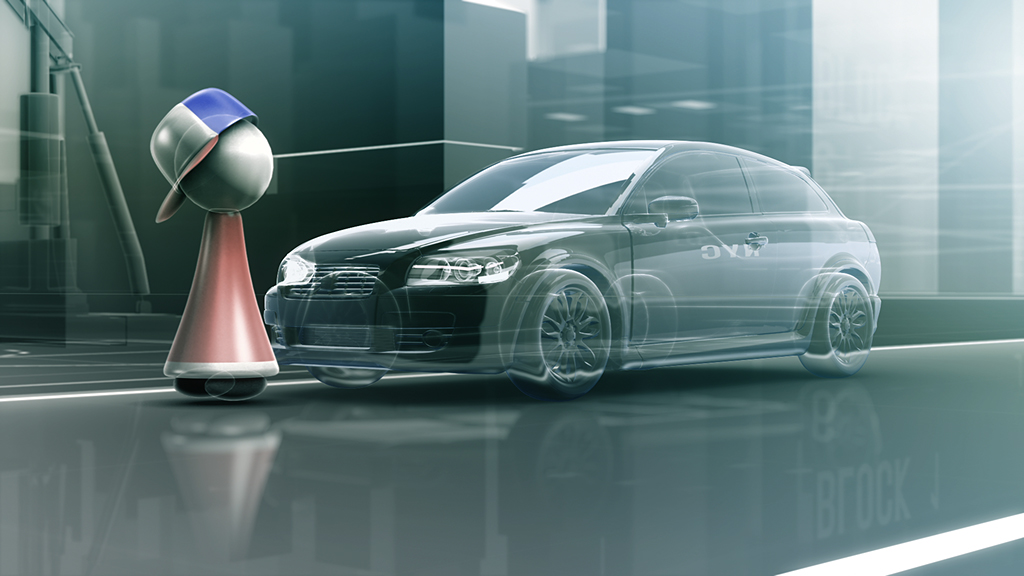 In the last few years, companies made the development of safety technologies addressed to both car passengers and pedestrians a top priority, so a lot of new innovations saw daylight, at least in prototype form. One of these systems is Volvo's Collision Warning with Full Auto Brake and Pedestrian Safety, a very complex title for a simple yet efficient technology.

Just as its name suggests, the new preventive safety technology is aimed at enhancing safety for pedestrians, after more and more studies are showing that accidents involving pedestrians are growing in numbers every year.

To give you an idea on how important such a system actually is, you should know that in the capital cities of European countries, 1,560 people died in road accidents in 2007, with 43 percent of them represented by pedestrians. Overall, approximately 10 to 25 percent of all accidents in Europe involve pedestrians.

In 2007, 73 percent of pedestrian fatalities took place in urban areas, while non-intersection locations accounted for 77 percent. 90 percent of them happened in normal weather conditions while 67 percent were reported at night.

Furthermore, studies have shown that the risk of a pedestrian to get killed in a car accident is 85 percent higher when the crash occurred at 50 km/h, than an incident that takes place at 25 km/h.

As a result, the Swedish brand, who's currently looking for a new company to save its business, designed a new technology to avoid collisions at speeds below 25 km/h. Basically, Volvo wants to reduce the impact speed as much as possible, with preliminary figures demonstrating that the newly-launched function could even lower the force resulted from the impact by 75 percent.

The system relies on several components that are tracking the road ahead and, in case it detects the risk of an impact, it automatically notifies the driver. First of all, there's a new dual-mode radar unit integrated into the front grille that detects objects and determines the distance to them, thus calculating how big the risk of an impact actually is. Additionally, there's a camera behind the interior rear-view mirror which uses details captured by the radar and determines the type of objects spotted in front of the car. Thanks to its high-resolution, the camera is even capable of identifying pedestrian movement, thus predicting whether they could jump in front of the car or not.

In case the inevitable occurs, the driver is initially informed through an audible warning and a flashing light in the head-up display. If the driver has no reaction to these first notifications and the system detects that an impact is about to take place, it automatically applies full braking power to bring the vehicle to a halt.

Volvo says this is one of the first technologies in the world to apply full braking power to protect pedestrians but, before this to happen, both the camera and the radar must confirm that the object in front of the car might get hit by the vehicle.

Similar to City Safety, already available on a number of Volvo models out there, this new feature can also detect other vehicles in front of the car and automatically brake in case it assesses that a collision is imminent. 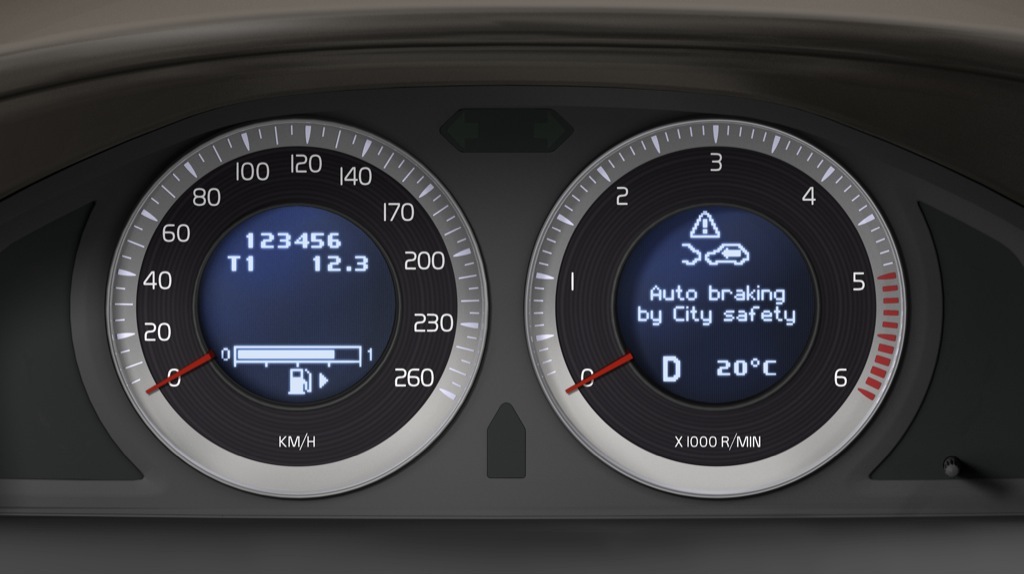 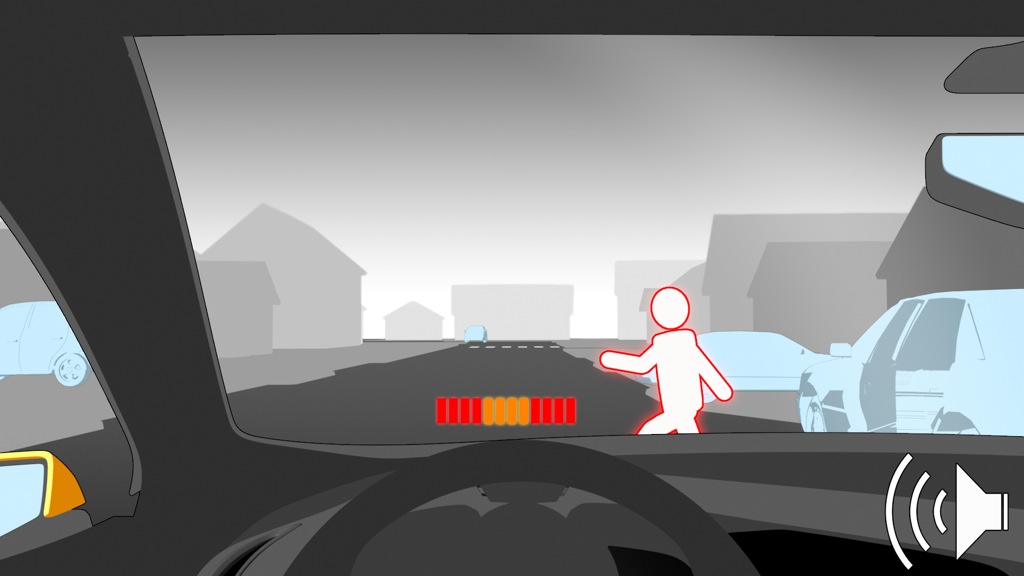 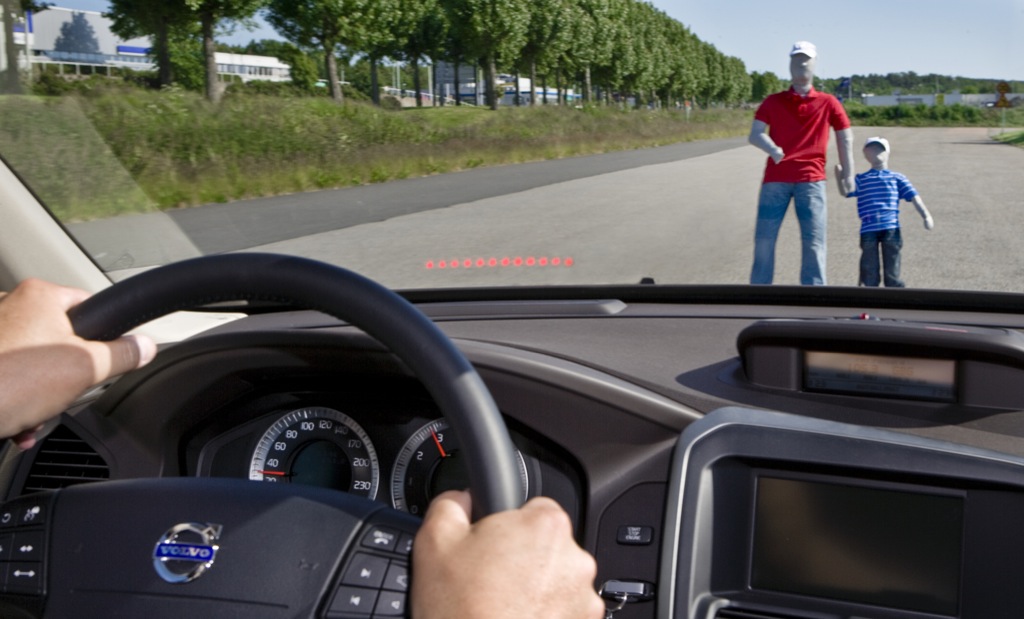 Volvo's Collision Warning with Full Auto Brake and Pedestrian Safety is projected to be mass-offered on a number of Volvo models starting 2010.

As a conclusion, we can only applaud the major steps made in the safety area and end this article with a statement of Thomas Broberg, safety expert at Volvo Cars: “Our aim for 2020 is that no one should be killed or seriously injured in a Volvo."