1 How to Stoppie on a Motorcycle
Car video reviews:
Up Next

How to Wheelie on a Motorcycle

Home > News > Auto Guide
19 May 2009, 07:36 UTC ·
by Alina Dumitrache
A wheelie is a maneuver on a motorcycle in which the front wheel is raised off the ground. That means that you are only rolling on one wheel, the rear one. Just to make it clear from the beginning, the tips that will follow are not supposed to make you look cool in front of your friends, but help you crash less by learning how to wheelie the proper way. We know for sure that even those who are not into motorcycles want to know how it’s done. So, if you own a bike and want to wheelie, but you don’t have the slightest clue, or if you do your wheelies but always ask yourself what went wrong when you crashed and kissed the pitch, maybe you will find an answer below. Getting Ready - The Rider
It’s not very encouraging to say it, but unfortunately they say there are two kinds of motorcyclists: those who crashed and those who will. Well, since you are probably going to hit the ground, it’s very important to wear protective gear if you don’t want to get messed up.

It may look like a piece of cake, but we all know stunts on motorcycles, especially if you are a beginner, are extremely dangerous. So, make sure you wear a full faced helmet with the face shield closed, gloves, jacket, pants and boots. Getting Ready - The Ride
Now that we got the clothing part cleared, let’s take a look at the motorcycle. Performing a wheelie might leave your bike urging for oil, which is why we recommend either moving back the oil pickup in the oil pan or overfilling the oil. Or don’t wheelie at all, but then we would have to stop with the guide here. 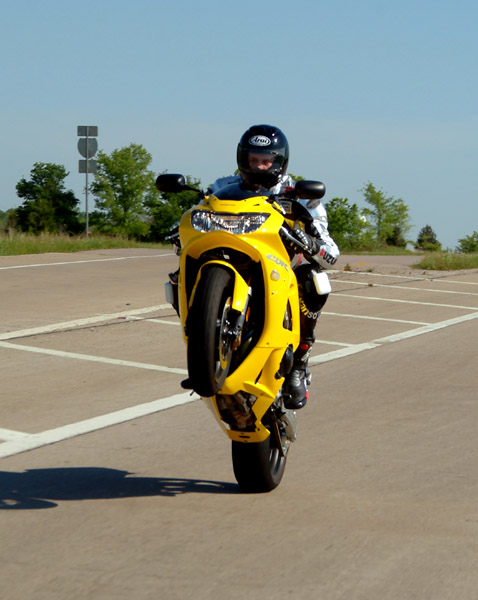 Since you are only going to roll on a single wheel, make sure you have a good rear tire, so you will not have to deal with wobbles. It’s also better to run the tire pressure a bit lower than stock, to make the wheelie more stable from side to side.

Also, if your bike has a tip over sensor, get rid of it, cause it might cause your bike to shut off. And if we are talking about changing your bike’s features, make sure that your exhaust is not going to touch the ground when the performing the wheelie, because you might crash.

And let us not forget about the crash cages...  just in case. If you fall, at least prevent causing too much damage to your bike. We know how it hurts when you see it scratched, or worse. The cages will save you a lot of money, so we advise you to use them.

So, you are ready, your bike is ready, where to? If you are going to fall, make sure you are not damaging other vehicles or injuring people, so it’s for the best to go and practice on a bump free, straight road, as empty as possible. And only practice after you know your ride, how it revs, how its brakes react at different speeds, and so on. 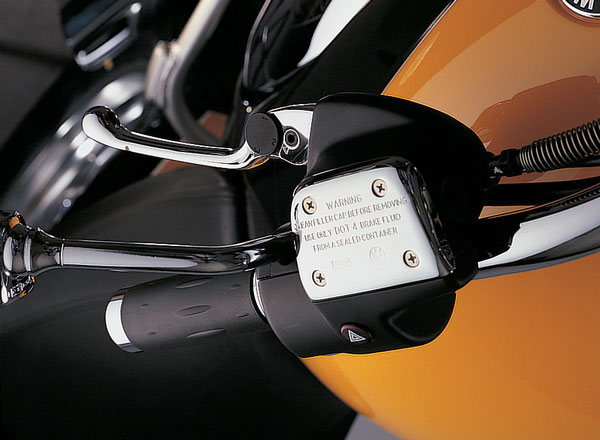 It’s an easier method, but quite aggressive. You can practice first at a lower speed, about 25-30 kmh. Put the bike into first gear and accelerate. When the engine reaches 5-6000 rpm pull in the clutch, increase speed and slip the clutch. The front wheel will rise quickly. When you bring down the wheelie, shut the throttle off. Do this a few times with a little more revs each time until you start to feel comfortable with how high the front end is coming up.

Once you are comfortable getting the front up a little, start using the throttle to maintain the height of the wheelie and the back brake to keep from looping the bike.

Doing a wheelie using the throttle method is the hardest, but the clutch, the chain and drivetrain take less beating. Accelerate a little bit stronger, until the engine reaches just below the maximum torque point.

Now shut the throttle off and then whack it back open. This way, sudden loading and then unloading of the front suspension combined with sudden acceleration should raise the front wheel. 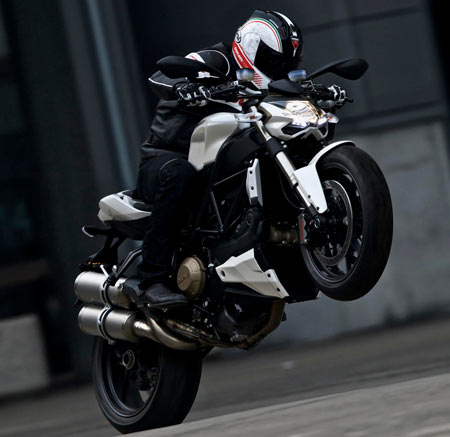 A correct body position is almost as important as the technique itself. Suspension is what will make your bike lift. Beginners may be uncomfortable and hug the tank with their knees to help hold on, but the correct way is to keep your behind rearwards and the upper part of your body forward, to counterbalance.

Also, keep weight on foot-pegs at all time, with your bottom 5cm off the seat. Stand up wheelies, either both feet on the back pegs or just the left foot on the back peg can make it much easier to balance a wheelie.Back on two wheels
Ok, so now that we know how to lift the front wheel, it’s important to know how to set a wheelie down also. When bringing down a wheelie, stay on the throttle until the front end is safely on the ground. If it is necessary to quickly bring down the front end, shut the throttle off at first. Then as the front is coming down, accelerate again. That way you will have a soft landing.What NOT to do
Well, you shouldn’t do a wheelie at all, since it’s illegal outside competitions, not to mention dangerous even when done by professionals. Don’t do it if you are not fully protected or not sure of your motorcycle. It’s not recommendable to shift gears during a wheelie.

Beginners should practice in the first gear only. Otherwise, shifting during wheelies is hard on the transmission, and also on the fork seals if you miss a shift. Try and learn wheelies at a constant speed and never pass over your and your bike’s limits.

Don’t try it on public roads just to show people how cool you are, because you’re not. Ride safe!