1 Tesla Software Update Showing Some Love for Apple Users, It’s Not What You Hope

3 Three Features Android Auto Should Get in 2021

Bogdan Popa
Just like Android Auto, Apple’s CarPlay is an application that allows drivers to focus on the road while being able to interact with the applications they run on the mobile device using the head unit in the car.
1 photo
CarPlay allows for hands-free input with voice controls powered by Siri, so in essence, you can perform specific tasks and run various operations without having to touch the head unit.

But at the end of the day, CarPlay is supposed to allow us to drive safely, and this is why the experience has been specifically optimized for someone who needs to be entirely focused on the road.

In other words, interacting with the mobile device isn’t by any means recommended, and to prevent any distraction in the car, CarPlay automatically puts notifications to silent. To do this, the application turns to a feature called Do Not Disturb While Driving, which is bundled with every iPhone out there.

What is Do Not Disturb While Driving

Just like its name suggests, this is a feature that works similarly to the standard do not disturb system, only that it’s specifically optimized for the driving experience.

Theoretically, all the notifications and messages that you receive are set to mute, which means you won’t be distracted by them and encouraged to look at the phone.

Do Not Disturb While Driving is enabled automatically when you launch CarPlay, but you can also configure it to work more efficiently according to your preferences. 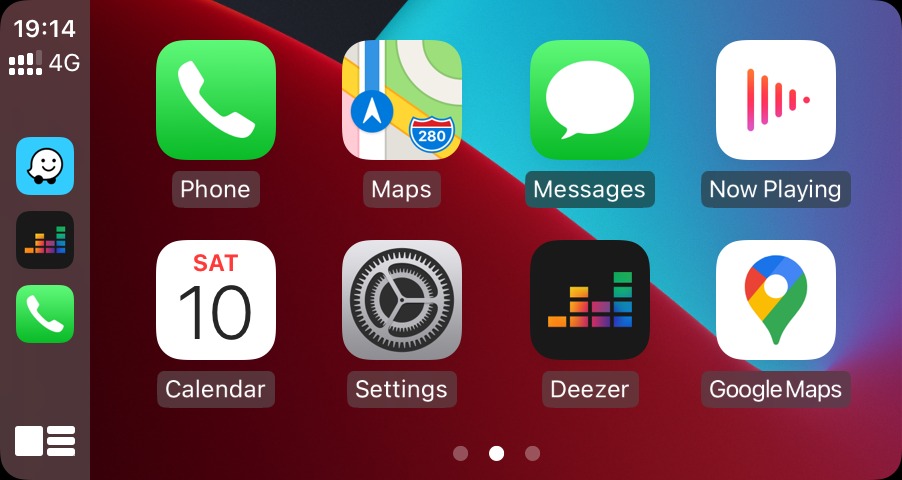 How to configure Do Not Disturb While Driving

As I said, Do Not Disturb While Driving is enabled automatically on CarPlay launch, but you can still configure several important features.

By default, the feature shows a notification on the lock screen to let you know it’s active, and when someone sends you a message, it can automatically reply with a pre-defined message. To change who receives the message, you need to go to Settings > Do Not Disturb > Auto-Reply To and choose between No One to disable this feature completely, Recents, Favorites, and All Contacts.

The same menu also allows you to change the message you want to use for the auto-reply.

If you’re not using CarPlay, but you still run Do Not Disturb While Driving in the car, you can configure it to allow some calls based on certain rules. For example, you can allow a call to go through if it’s made by a contact or if it’s a second call from the same person within the last three minutes.

“Do Not Disturb While Driving helps you stay focused on the road. When you turn it on, text messages and other notifications are silenced or limited. You can ask Siri to read replies to you, so you don’t have to look at your iPhone. Incoming calls are allowed only when iPhone is connected to CarPlay—a car Bluetooth system—or a hands-free accessory, or when you use Do Not Disturb settings to allow some calls,” Apple explains.

By default, if you’re running CarPlay, all calls are allowed to go through, only that they show up on the head unit instead of the iPhone.

These features are available on any iPhone running iOS 13 and later, which means they can be used on the iPhone 6s and newer, including the recently-released iPhone 12.