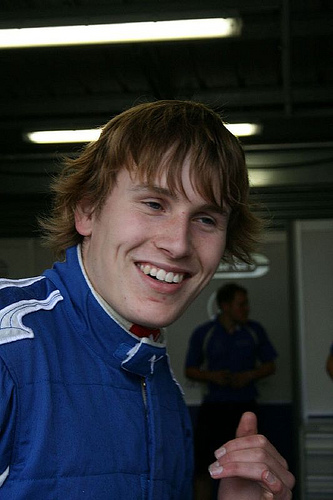 The Formula 2 weekend at Brands Hatch ended in tragedy on Sunday, when Henry Surtees, son of Formula One and MotoGP champion John Surtees, died following an accident during the British race. Surtees was hit in the head by a wheel and tire from Jack Clark's car, after it hit the wall exiting Westfield Bend.

After the tire hit the 18-year old driver, he lost consciousness and failed to approach the next corner properly, as his car ran straight into the barriers at high speed. The race was immediately stopped and Surtees was taken to the track's medical center, before being airlifted to the Royal London hospital.

Unfortunately for the British driver, the doctors couldn't prevent his death, as a spokesperson from the aforementioned hospital confirmed Surtees died from injuries later that evening.

Surtees was one of the first drivers to be confirmed for the inaugural edition of the Formula 2 championship this year. Prior to the Sunday race, the 18-year old had scored his maiden podium in the series thanks to an impressive run for 3rd place during Saturday's race.

After 4 rounds in the Formula 2 Championship this season, Henry was resting in 13th place overall, scoring 8 points in 8 races.

Here's the video with Henry's crash at Brands Hatch.