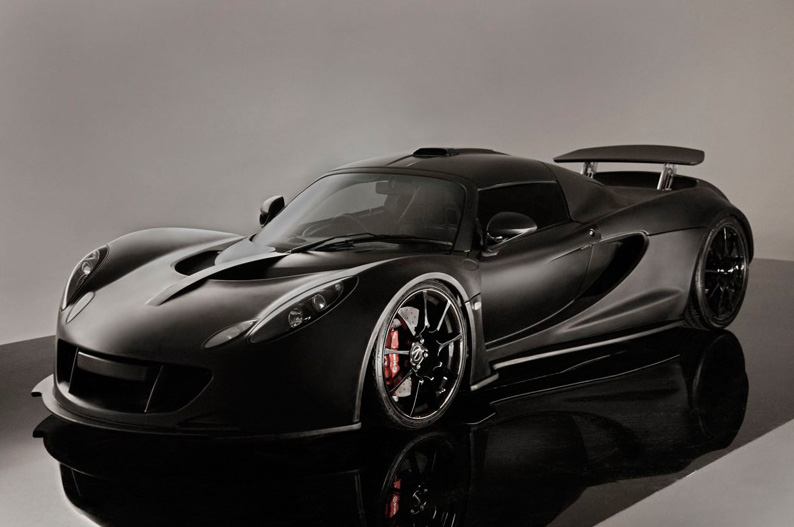 The team at Hennessey Performance Engineering finally took the wraps off their latest contraption, the very much anticipated Venom GT supercar. Producing a breathtaking 1,200 bhp, the Venom GT is, in fact, based on the Lotus Elise body, only powered by an American V8 powerplant.

The supercar has a production curb weight of less than 2,400 lbs (1,071 kg), while stopping power is delivered via Brembo brakes.

Power comes from a supercharged 6.2-liter LS9 V8, tweaked by Hennessey to a maximum output of 725 bhp. There will also be a 1,000 bhp to go with the aforementioned 1,200 bhp twin turbo V8 engine variant. All this amount of power will be transmitted to the rear tires via a Ricardo 6-speed gearbox.

Speaking of tires, the car will sit on massive Michelin PS2 rubbers.

“This is not the first time that Britain and America have joined forces to produce a weapon of mass propulsion”, said company founder and president, John Hennessey.

“Over fifty years ago the American-built P-51 Mustang fighter aircraft was flown into history powered by a British Rolls-Royce Merlin engine. Today the Hennessey Venom GT promises to set a new standard of power to weight ratio in the rarefied air of today's supercar market.”

Hennessey’s Venom GT engines will be built at its Texas facility and further freighted to its assembly plant in Silverstone, UK. Though plans include to market the new supercar in the Middle east, Europe Russia, Australia and Asia, Hennessey revealed it will only produce 10 vehicles each year.

There have been 4 orders already registered, with buyers being offered a 1-day driver orientation and instruction program by a Hennessey factory test driver, at a track in the UK or USA prior to delivery.