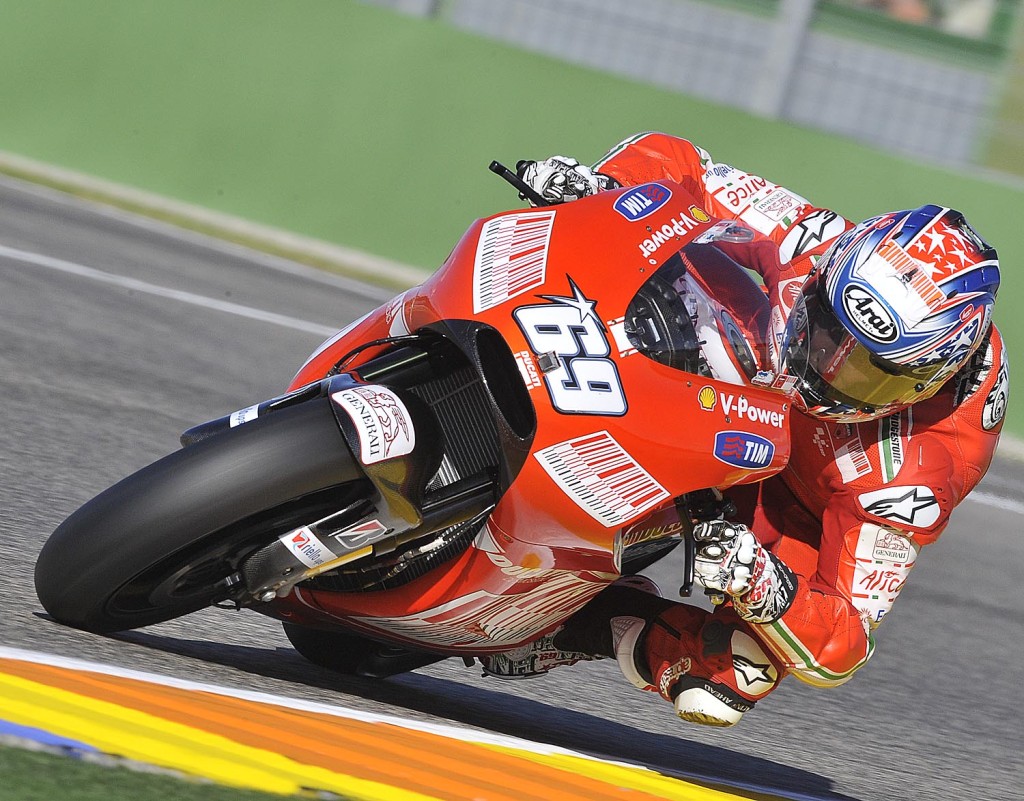 Having spent the 2009 MotoGP season getting the grips with his new Ducati machinery, Nicky Hayden's runs during this week's testing at the Valencia circuit proved one thing: he's determined to turn the page on his Ducati stay next year. The Kentucky Kid has finished inside the Top 5 in each of the 3 days of testing and improved his lap times constantly on the Spanish track.

Although most of the times approximately one second behind his more experienced teammate Casey Stoner, Hayden reckoned he feels very optimistic about his progress on the 2010 machinery and revealed the technical changes for the 2010 season have improved the power delivery in the Desmosedici.

“I like the changes we've introduced to the bike, the power delivery is definitely more progressive although we still need to find the ideal setting for it. I got my lap times down by a couple of tenths today, thanks to the new Bridgestone tires, which are great,” said Hayden, after his successful 3rd place finish in the 3rd day of testing at Valencia.

“I think we're on the right tracks and we have had three important days here that should help us make a lot of progress in the next test and close the gap to the front guys down even more. I want to thank the team because it is never easy after such a demanding season and a long weekend to go testing for three days,” added Hayden.

The 2006 MotoGP champion finished his first year as a Ducati rider – moving from long-time partners Honda – in 13th place overall, highlighting a podium finish in his home GP at Indianapolis. Overall, he scored better point finishes in the second part of the season, recording an overall four Top5 appearances throughout the year.