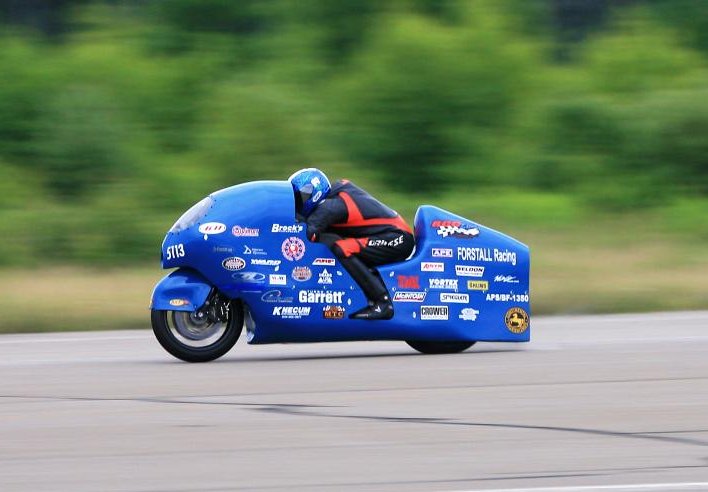 When Suzuki launched the GSX1300R Hayabusa sportbike more than a decade ago, the bike was instantly recognized as the world's fastest production motorcycle, with a top speed of 188 to 194 mph (303 to 312 km/h). For most of us, that would be more than enough, but not for Bill Warner.

“We wanted to make sure that we had enough strength to deal with the potential power output and centrifugal forces developed at these ridiculous speeds. Thanks to Bill’s testing, BST’s ILR wheels are now available for race and street use to consumers,” said Brock's Performance President Brock Davidson.