A point of interest for commercial producers and racing drivers only, the Bonneville Speedway has been the venue for numerous land speed records for nearly one century. The following description is probably the best translation into words of what the Bonnevile Salt Flats stand for: “Imagine a place so flat you seem to see the curvature of the planet, so barren not even the simplest life forms can exist. Imagine the passing thunder of strange vehicles hurtling by on a vast dazzling white plain. This is not an alien world far from earth; it is Utah's famous Bonneville Salt Flats.” [Utah.com] History and Land Speed Records

Home > News > Coverstory
25 Jan 2010, 17:13 UTC ·
by Alina Dumitrache
This area, located within the Bonneville Salt Flats near Wendover, Utah, has been first recognized for its racing potential in 1896. In 1907 Rishel and two local businessmen tested the suitability of the salt for driving on by taking a Pierce Arrow onto the surface of the flats. A railway line across the Bonneville 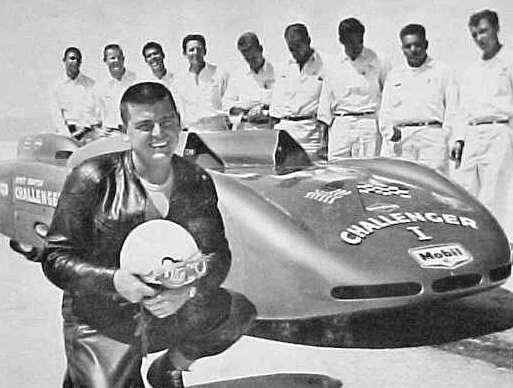 Salt Flats was completed in 1910, marking the first permanent crossing. The salt flats was first used as a speedway in 1914, when Teddy Tetzlaff drove his car to an official record speed of 141.73 mph.

However, the salt flats proved their excellent racing qualities in the 1930's when Utah driver Ab Jenkins lured British racer Sir Malcolm Campbell to compete for speed records on the salt surface. Since then, hundreds of records have been set and broken in a variety of automotive and motorcycle classes. Speeds went to 300, 400, 500 and then even the 600 mph barrier was broken. 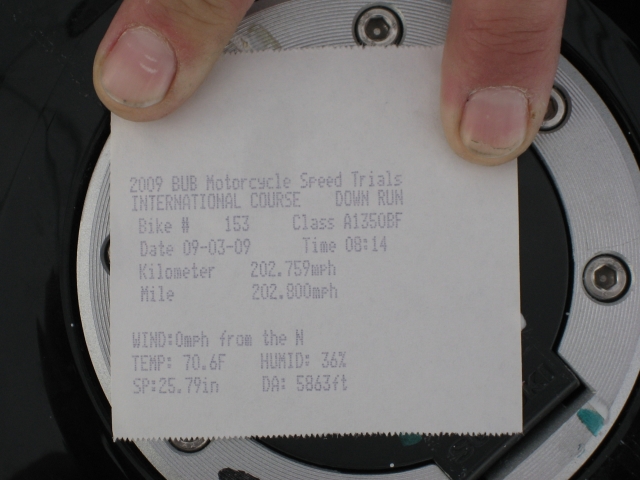 World of Speed (organized by the Utah Salt Flats Racing Association) and World Finals respectively. There is also an annual meeting held for motorcycles only, namely the BUB Meet which is usually held between Speed Week and World of Speed.

There are usually two tracks prepared for the record breaking attempts: a 10 mile long straightway for speed trials and an oval or circular track for distance runs, which is typically between 10 and 12 miles (16 and 19 km) long, depending on the condition of the salt surface. In recent years, there has also been a 5 mile (8 km) long straightway for qualifying slower vehicles.

The straightway is marked with a broad black line down its centre and has several measured mile sections after the second mile. Additional marks and cones indicate the end of the track and the position of timing equipment on the measured mile.201 MPH Club
BUB Racing, together with its sponsor NRHS V-Twin Performance introduced the 201mph club for the BUB Motorcycle Speed Trials in 2008. Any participant that breaks or sets an AMA national or FIM world record over 201 mph receives a BUB Motorcycle Speed Trials 201 mph Cap.Car Classification
The cars are actually engineered according to the Technical Committee of the Southern California Timing Association regulations, which are meant to insure driver safety, safety for the race track crew and for the spectators as well. There is a total of four general categories, each with its own set of rules:
Motorcycle Classification
Engine size for racing motorcycles on the salt flats range from 50cc up to 3000cc, while there are also no limitations to one particular brand name or manufacturer. Aside for displacement, motorcycle classes are listed in order of frame and engine type.
Bonneville Influence 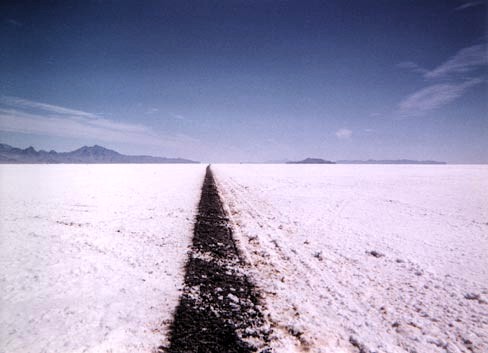 As you might have guessed, the Pontiac Bonneville sedan, the Triumph Bonneville motorcycle and the Bonneville international media company are named after the salt flats. Moreover, they have also been the set for numerous Hollywood movies, as well as the background for a Sylvania headlight commercial.

Movies that have been filmed at the salt flats include Warlock, Independence Day and Pirates of the Caribbean: At World’s End. However, probably the closest to what the Bonneville Speedway represents is the 2005 production, The World’s Fastest Indian. The film is based on the New Zealand speed bike racer Burt Munro, played by Academy Award winner Anthony Hopkins, and his extremely modified 1920 Indian Scout motorcycle.

Munro, who worked for 25 years on his motorcycles, set numerous land speed records for motorcycles with engines less than 1000 cc at the Bonneville Salt Flats in Utah in the late 1950s and into the 1960s. According to some, his records may never be broken.