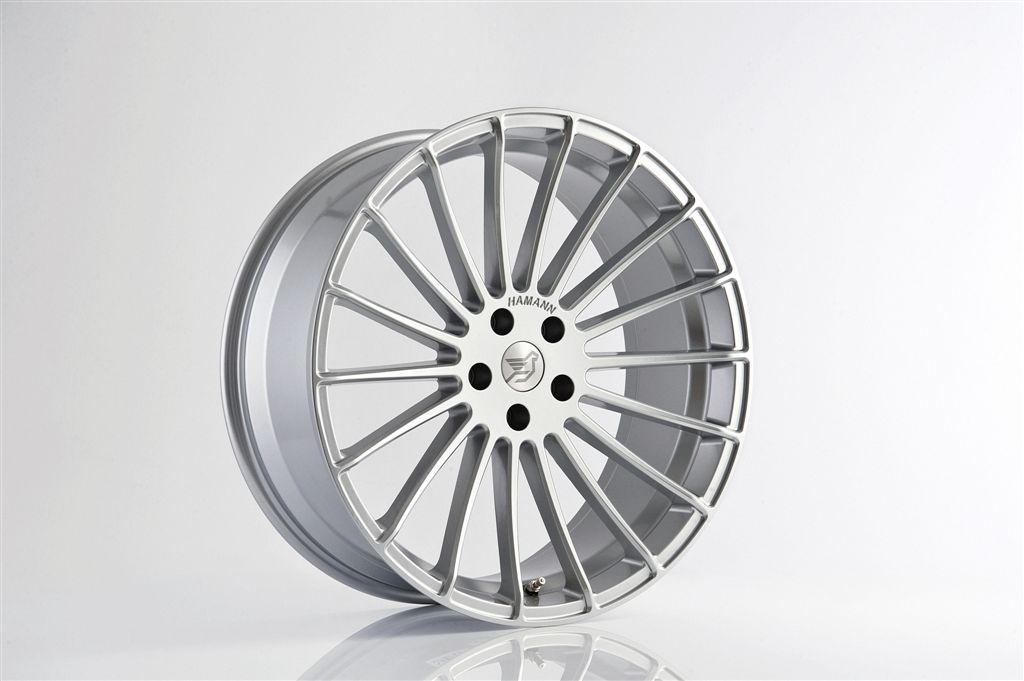 The tuning world just got a little bit richer, as the German tuner Hamann has introduced the ANNIVERSARY EVO rims, a product destined for BMW and Range Rover models.

The new line of rims come in a 22 inch size and are approved by the German Technical Control Board (TUV).

If you feel that the Hamann ANNIVERSARY EVO are the rims of choice for your ride, you should be prepared to pay at least 3,460 euro for a set of four.

Hamann was founded in 1986 and initially only modified German cars, with a focus on BMW. However, the tuner has widened the range of targeted vehicles, offering complete modifications packages for brands like Audi, Aston Martin, Bentley, BMW, MINI, Ferrari, Fiat, Jaguar, Land Rover, Maserati, Mercedes, Rolls Royce, Porsche and Lamborghini.

The company is known for its extreme tuning proposals. For example, the first vehicle to receive its magic was an E30 BMW M3, which used a compressor to produce 348 hp from a 2.3 liter powerplant. This enabled it to leave the first hundred behind in 5.1 seconds and reach a top speed of 273 km/h (170 mph).