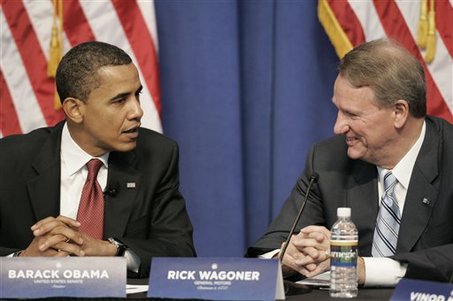 General Motors has received the second payment of its $13.4 billion loan approved by the United States government last December, officials of the American automaker confirmed today. GM yesterday said it may run out of cash as soon as March 31 in case the government does not provide the requested funds. The $5.4 billion payment was initially set to be transferred on Friday but, due to the complicated nature of the deal, the transaction was delayed, as representatives of the company explained.

"It's critical that we receive it. If we don't get our second installment ... we'll run out of cash. We scheduled the time for the loans because we needed it when we needed it. Frankly it was a combination of us having to supply a great deal of documentation for us to support the second draw and they themselves had a lot of other priorities,” GM's president said according to the Detroit Free Press.

Well, the second installment has been finally paid and General Motors is now expecting the final $4 billion payment set to be made on February 17. This is also the deadline to submit the restructuring plan to the United States Congress, according to Autonews.

"GM confirmed that it did receive today the second draw of its U.S. Treasury loan," GM spokeswoman Renee Rashid-Merem was quoted as saying by the aforementioned source.

General Motors this week published its 2008 annual sales, revealing that it recorded a global drop of 11 percent. With a decrease of only 4 percent and total sales of nearly 9 million units, Japanese automaker Toyota became the world's number 1 car manufacturer, detrimental to General Motors who leaded the automotive industry for no less than 77 years.