2 Delphi Sale to Be Decided Today

4 GM's Take on Delphi-PBCG Agreement
Up Next 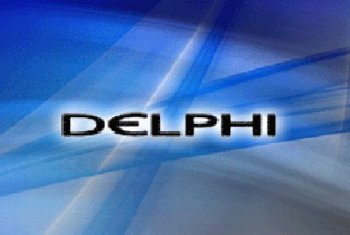 The anti-trsut approval came after GM secured acceptance form the bankruptcy court to buy Delphi's assets back in July. The assets being bought by GM will become part of two new, wholly-owned GM subsidiaries. As part of the deal, GM will assume some $1 billion in Delphi obligations and waive $2 billion in claims, Autonews reported. Adiditionally, the carmaker plans to invest an extra $1.75 billion and provide Delphi with loans, if needed.

The two new subsidiaries GM will set up are the GM Components Holdings and Global Steering Holdings. The first will include four of Delphi’s U.S.-based component manufacturing facilities, two in New York (Thermal Systems in Lockport and Powertrain Systems in Rochester), one in Michigan (Powertrain Systems Grand Rapids) and one in Indiana (Electronics and Safety in Kokomo).

Global Steering Holdings will include Delphi’s Steering operations in Saginaw, Michigan, and most of the global steering manufacturing operations and engineering centers in Europe, Mexico, South America and Asia.

"The Delphi component plants and global steering operations provide critical parts and technologies that are necessary to produce our GM cars and trucks,” Gary Cowger, GM vice president said back in July, when the sale passed the bankruptcy court.

Delphi employs approximately 124,000 people in 136 wholly owned manufacturing sites in 34 countries. The company has underwent one of the longest bankruptcy processes in the industry, as it filed for protection in October 2005.