4 Ecclestone: "F1 Crisis is About Power"

5 Silverstone Would Welcome Breakaway Series
Up Next 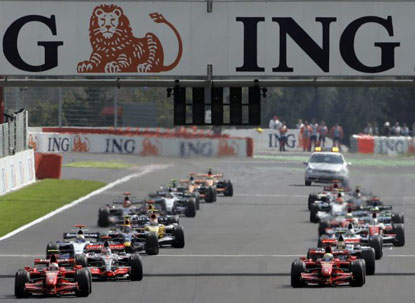 Just when it seemed we will finally see some good judgment calls from both the FIA and the FOTA in order to end this ongoing political mess, the teams' organization yesterday evening announced that it will form a rival series to Formula One. Believed by many to be solely a scare crow for the FOTA in their war against the ruling body, the breakaway series has been officially confirmed by the teams via a press release.

Following Max Mosley's so-called compromise solution – that we told you about yesterday – the teams' statement clearly shows the frustration of having both the FIA and the FOM (commercial rights holder of Formula One) try to divide the FOTA in recent weeks. Although no name or circuit have been announced for the new series, the statement makes it very clear it will happen, unless the FIA revises its position.

“These teams therefore have no alternative other than to commence the preparation for a new championship which reflects the values of its participants and partners. This series will have transparent governance, one set of regulations, encourage more entrants and listen to the wishes of the fans, including offering lower prices for spectators worldwide, partners and other important stakeholders.”

“The major drivers, stars, brands, sponsors, promoters and companies historically associated with the highest level of motorsport will all feature in this new series,” added the statement.

Silverstone and Montreal have already announced publicly that they will welcome a breakaway series in the near future, while most of the F1 drivers – except for the ones driving for Williams F1 and Force India, who have already committed to an unconditional 2010 entry – have insisted they'll leave F1 in a second to race for the “big guns” in a rival championship.

Bernie Ecclestone, the 78-year old Englishman that currently controls the commercial rights of F1, is yet to make a statement on the matter, as Ferrari and the 2 Red Bull teams are still under contract with the FOM. Also, historical venues such as Monaco, Monza and Spa would unlikely be included in a breakaway series, as they are currently bound to F1 through several contracts.

Whether this is just another attempt to intimidate the FIA less than 24 hours until the June 19th deadline expires or the real thing, we'll probably find out later today. Oh... by the way... does anyone even care that the British GP today schedules the first and second practice sessions?