5 Self-Driving Cars, ETA 10 Years
Up Next 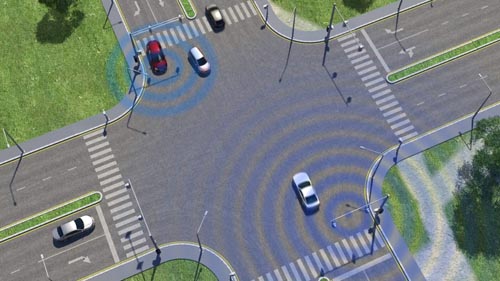 The work on the intelligent car, the one that will be able to communicate with its peers and even with people, continues at research facilities across the globe. Still, there are at least two producers that are working intensely to make this dream a reality: Ford and its former European unit Volvo.

While Volvo is caught up in Europe with the SARTRE project, Ford is continuing its efforts to develop smart cars in Europe. Having already presented features like the Active City Stop, Lane Keeping Assistance, Traffic Sign Recognition and Blind Spot Detection, the car maker is now presenting its vision about a smart intersection.

More precisely, future Ford vehicles will be able to traffic lights and road signs alike. Specially equipped to understand what the traffic light is talking about, Ford vehicles and their drivers will get a heads up about potentially dangerous traffic situations, like the possibility of running a red light.

Should the driver not react to the signals sent by the traffic, Ford's other systems, such as the collision avoidance system, may step in and tell the driver through warning lights and signals to stop the car before it enters the intersection.

The harmonization of these technologies and making them work as one are key to their development. In Europe, Ford is working on these systems as part of two separate projects, Safe and Intelligent Mobility - Test Field Germany (simTD) and DRIVE C2X.

“That’s why it’s critical for Ford to work closely with other automakers, suppliers and governments to agree on standard communication protocols and message sets. At Ford, we would like a system for connected vehicles that works in a similar manner globally,” said Christian Ress, technical expert connectivity, Ford Research & Advanced Engineering Europe.