Karthikeyan Will Not Leave NASCAR for F1 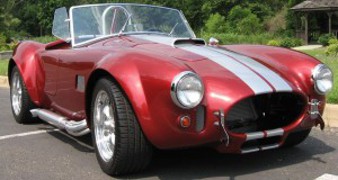 No, there's no typo in the title of this piece. Someone is indeed giving away a 2006 Lone Star Classics LS427 Competition Series Ford Cobra Replica for $20, but not just to anyone.

In an attempt to come to the support of Camp Reynal, an establishment created to support children with kidney disease, several organizations (Pegues Hurst Motor Company, AER Manufacturing and North Texas Mustang Club) have decided to organize some type of a lottery.

For $20 a ticket (or, as the organizers say, a special offer, 6 tickets for $100) all those interested have a chance of winning the aforementioned vehicle. That is a car powered by a Jack Roush Racing 392 cu in power plant, good for 450 horsepower and paired to a 5-speed Tremec transmission.

This particular Ford Cobra replica comes in red, silver, and black leather interior, with Jack Roush's signature on the dash.

Still pondering whether to go for it or not? Our advice is to go for it. Not necessarily because of the chance of winning the Cobra (although, we must admit, it's a pretty exciting incentive), but because, in the end, the money goes to needy children.

So far, 2,100 tickets have been sold though, so the chances of winning the car drop by the day. About 3,000 are left, according to the organizers.

"Tickets for the raffle are $20 each or 6 for $100," said Scott Owens, the organizer of the raffle. “As of November 18, we've already sold 2100 tickets, and have plans to sell a maximum of 5,000 with proceeds benefiting Camp Reynal for The National Kidney Foundation."