5 Mercedes SLS AMG Electric Drive, Presented This Year
Up Next 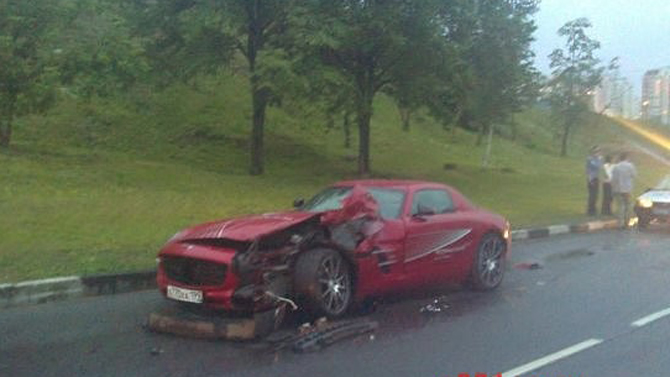 There you have it... The first documented crash of a $183,000 Mercedes-Benz SLS AMG, where else but in Russia. According to the very limited info available, the AMG got into it with two lesser cars, a Lada 112 and a Nissan Murano. The lesser cars, obviously, will cost much, much less to repair.

Now, some might wonder how could a SLS AMG, which is not quite available for purchase, got itself into such a predicament. Apparently, the SLS in question was a demo car, used by the press in their test drives and such. The cause of the crash is unknown, but police say the car was being driven by a woman.

Remember how we said in the beginning of this piece that the SLS would cost quite an amount to repair? Never mind that. According to rt.com, the damage was so extensive that the car has been written off by insurance companies.

One of the most acclaimed models developed by the German carmaker in the last few year and already the recipient of several design awards, the SLS AMG will begin rolling out later this year.