3 Car of The Year Final Countdown 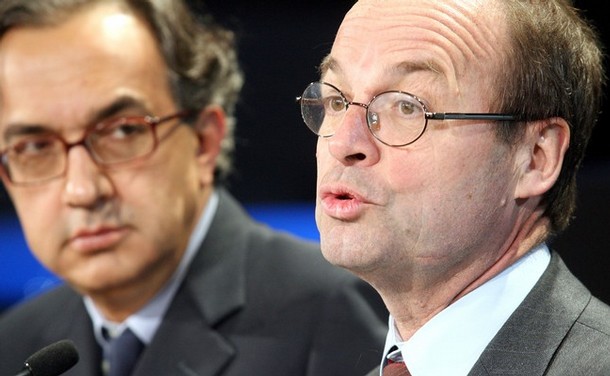 Since the financial recession is far from being over, global automakers turn to desperate moves in order to survive in the automotive industry without slashing production and firing employees. Following Fiat's CEO Sergio Marchionne announcement that the Italian company urgently needs a partner to remain in business, it's now rumored that France and Italy are now considering a potential merger between Fiat and PSA Peugeot Citroen. The Italian Prime Minister Silvio Berlusconi and French President Nicolas Sarkozy have already discussed the tie-up, Autonews reported quoting the Milano Finanza newspaper.

According to the same source, Berlusconi was already analyzing financial requests issued by domestic carmakers, so a potential agreement between the two companies is likely to be approved by the Italian side. In addition, such a deal would make sense on the small car market where both Fiat and PSA launched competitive models on most markets.

Fiat and PSA recorded total sales of 6.2 million units last year, Autonews noted, but both companies were seriously affected this year when the global recession reduced demand for new cars on the majority of European markets.

Fiat sold no less than 1,192,1799 new cars in Western Europe in 2007, which represented a 6.6 percent increased when compared to the previous year. In addition, sales were increased in most emerging markets, with 3.3 percent up in UK and 7.5 percent in Spain. However, Fiat started experiencing a descending sales trend since the first months of this year, with 4 percent decline reported in July. Although Fiat hoped to recover at least 1 percent of its European sales, the financial crisis got even deeper, urging the Italian carmaker to ask for government support and overseas investments.