The facelifted version of the Fiat Doblo was introduced in 2015 at the Geneva Motor Show.

Despite being a utility van, it was factory built as an MPV as well.

In 2000, Fiat decided to build a utility vehicle that could cover most of the urban needs for a small shop. It was a huge success and, in 2010, it introduced the second generation. It was offered in a few sizes, to fit everyone's needs and pockets.

The 2015 Doblo MPV was more about sense than styling. It was a very practical vehicle, easy to drive, with great visibility and a huge luggage area. But the styling was not completely removed from the equation. Its new, swept-back headlights, the ascending beltline for the windows, and the tall greenhouse were specific for its class. The flared wheel-arches created a sportier look, even though it was not quite a sporty vehicle. In the back, the Doblo was available with either a liftgate or two half-doors.

Inside, the Doblo MPV featured a dashboard that resembled most of the van's version, but with new additions. The steering wheel was different and an infotainment system with a 5” touch-screen was installed. Depending on the version, the car was available with up to seven seats. The last two were placed in the trunk area and could have been removed and left in the garage to increase the trunk space.

For the drivetrain, the Doblo MPV was fitted with a choice of gasoline and diesel engines. On specific markets it was available with CNG (Compressed Natural Gas) as well. The manual gearbox was the only option for most of the versions. Only the 1.6-liter 90 hp was available with a 5-speed automatic. 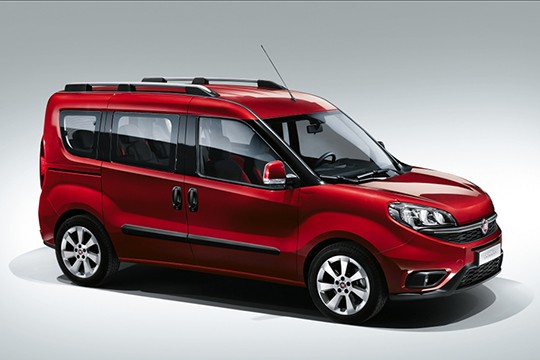 5 Fiat Presents the Fastback, Its Crossover to Fight the Volkswagen Nivus/Taigo