2 OFFICIAL! Honda Sell F1 Team to Ross Brawn
Up Next

FIA Yet to Approve Brawn GP Engine Deal with Mercedes 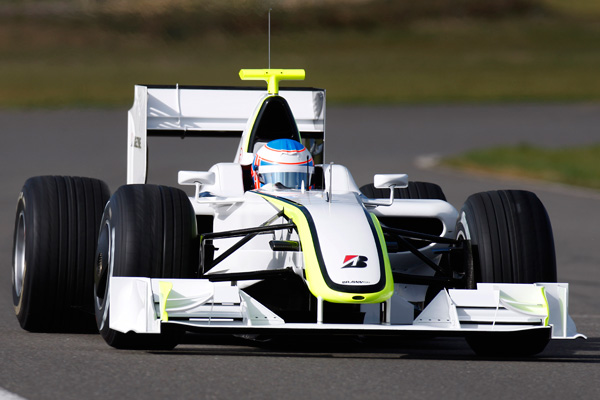 Brawn GP may have completed their first test drive on the BGP 001 ahead of the Barcelona group test this week, but they're still pending the approval of FIA concerning their engine deal with Mercedes Benz. Under the current rules, an F1 manufacturer can only supply two teams with a power plant for an entire season, whereas Mercedes already supplies engines to McLaren and Force India.

Norbert Haug – Mercedes-Benz motorsport director – revealed that FIA is yet to issue a statement concerning the future deal between Mercedes and Brawn Racing, adding he is hopeful the international body would clear the move in the week to come.

“Hopefully the (Brawn) team will get the approval of the FIA,” Haug allegedly told Germany's Auto Motor und Sport this weekend.

Soon after Brawn GP's official launch last Friday, Force India owner Vijay Mallya made it very clear that he holds nothing against a potential engine supply between the German manufacturer and the Brackley-based team. He also urged FIA to do the same, in order for the F1 grid to have at least 20 cars in 2009.

An exception from the FIA rules in 2009 might happen, as both Max Mosley and F1 supreme Bernie Ecclestone have stated they will do anything in their power to help the new team make the F1 roster in 2009. FIA's Motor Sport Council is believed take the new matter under discussion next week, March 17th, less than 2 weeks before the official scrutineering for the 2009 season.

Until then, the new BGP 001 will make its first official testing debut at Barcelona this week. This will be the first group test this winter to benefit from the presences of all 10 teams to start the 2009 season. And we can't wait to see how the black-white-and-yellow BGP 001 will do!