Vlad Mitrache
Mercedes-Benz brand ambassadors Nico Rosberg and Martin Kaymer have locked horns in a friendly contest called “The Perfect Drive.” The winner will be elected after four challenges equally split between driving and golfing.
10 photos

In case some presentations are in order, I’ll quickly run you through what you need to know about the two contenders. First off is Nico Rosberg, one of the two MERCEDES-AMG PETRONAS drivers, on his way to finishing the 2015 season as runner-up, behind teammate Lewis Hamilton. Martin Kaymer, on the other hand, is a young professional German golfer and two-time Major winner. He is also the Mercedes-Benz Golf brand ambassador.

“The Perfect Drive” competition starts off with a track battle that sees the two sportsmen try to set the fastest lap around Mercedes-Benz UK’s mini-track at Brooklands. To level the playing field, Martin Kaymer is allowed a rolling start, whereas Nico Rosberg has to set off from a standstill.

The second challenge will take the two on a golfing course and ask of them to hit the ball nearest to the pin. Since the actual footage hasn’t been released, we don’t yet know if a similar handicap tactic will be employed, but we feel Nico will insist on that.

The third challenge is even more up Nico’s alley than the first one: the two will get to play on an F1 simulator where they will race on the iconic Silverstone circuit. The fourth (and possibly final) challenge gets Nico and Martin out on the green for a putting contest. Should the scores be equal, a fifth round has been devised that includes both driving and golf elements.

We don’t know any more than you do at this point, but we have this strange feeling it will get to that last deciding round. Mercedes-Benz will be releasing the challenges over the next weeks one by one, and we’ll be here to share them with you.

“It was great to see Nico’s abilities on the golf course and I hope I wasn’t that bad on the race track either,” said Martin Kaymer. Nico Rosberg replied, “It was a lot of fun doing these challenges with Martin. As sportsmen we both love to compete. And to win, of course.”

Here is the first of the four - possibly five - challenges: 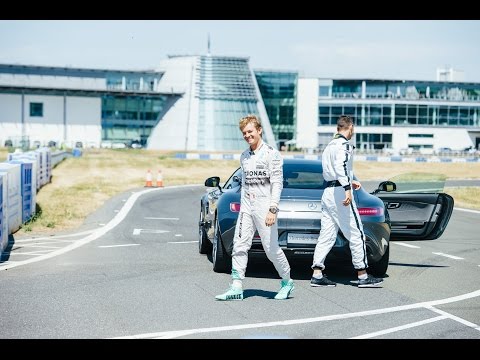 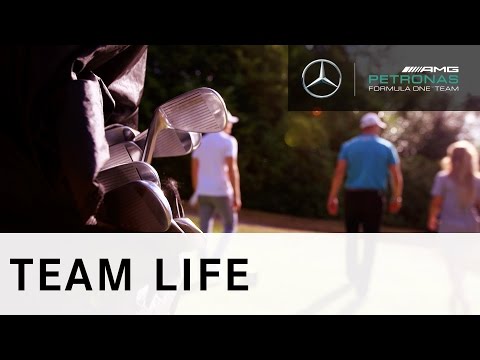 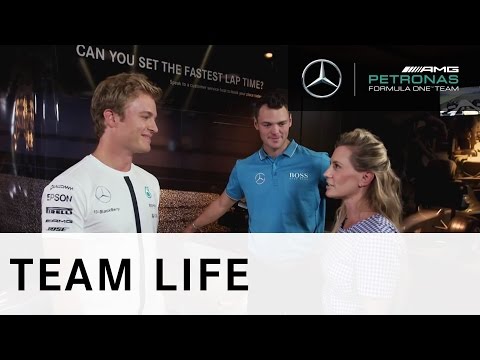 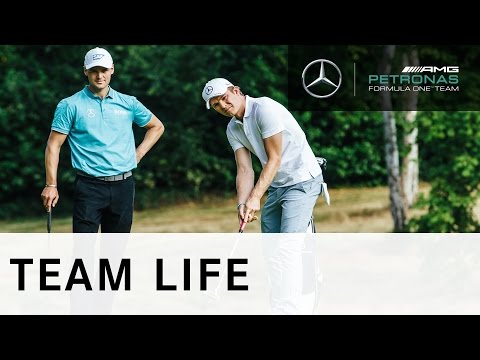