Elon Musk Wants to Fly to Mars, Probably Die There

A lot of revelations came our way this weekend via HBO’s and Axios' limited documentary series of news-oriented specials, thanks to a very open, but just as out of worldly Elon Musk.
1 photo
One of the biggest such revelations is that of Tesla "bleeding money like crazy" earlier this year on account of Model 3 production issues, and almost collapsing under its own weight as it came “within single-digit" weeks of death.

But we all pretty much knew that at the time and, for better and worse, Tesla rebounded and is now taking the fight to the big league.

The second big revelation is that should Musk have his way with SpaceX and its plans for colonizing Mars, we won’t be seeing much of him on the Blue Planet in the near future.

Asked what is the likelihood of him personally going to Mars, the billionaire says without blinking: 70 percent. Why so big of a this percentage? Because “we’ve recently made a number of breakthroughs that I am just really fired up about.”

What breakthroughs he’s talking about is anybody’s guess, but he does say Mars colonization could be happening in the course of our lifetime. And that Mars colony would have Musk as one of its citizens, as he toys with the idea of moving there.

Asked whether this Mars colony thing could turn into an escape hatch for the rich, he says the planet is just as hostile as the Antarctic and all people going there would have a good chance of dying.

Still, he wouldn’t back down from actually going to Mars.

SpaceX plans to send the first cargo mission to Mars in 2022, to get some much-needed supplies there ahead of future astronauts. Two years after that, a second mission, this time crewed, will get there to build a propellant depot. The ships of these two missions will form the basis of the first human settlement on Mars.

Beware: in this interview, Musk speaks Martian with a touch of South African, so you’ll have to turn the volume up to understand what he’s saying. 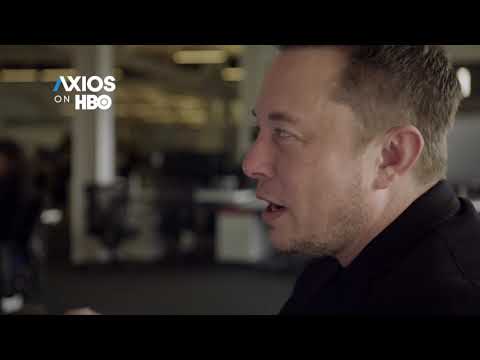