When James Cameron wrote the epic science fiction thriller The Terminator, the movie that basically launched his film career and consolidated that of Arnold Schwarzenegger, the world would meet the dangers Artificial Intelligence could one day imply. 31 years later, Elon Musk donates 10 million dollars to a non-governmental organization that studies ways for keeping AI beneficial to humanity.
1 photo
Yep, the inventor, great investor and considered by some a true genius, Elon Musk just dropped 10 million big ones to back up the Future of Life Institute. While Tesla Motors’ CEO may have given some automotive CEOs cold sweats in the middle of the night with his speech at the Detroit Auto Show, somehow he still finds time for other stuff as well.

Speaking for the first time in two years at the renowned motor show, Musk said that the Silicon Valley automaker will be making “a few million cars” by 2025, which would make the company about the size of BMW today. Meanwhile, the SpaceX program continues its rocket landing trials, with the fifth one last weekend being “close, but no cigar” as the inventor well put it. Where does this guy take his energy from? We want some of that drink ASAP.
Like we said, somehow Musk still finds the time and energy to think about the future of Artificial Intelligence and how it should not interfere with humanity’s safety. Here’s why the Future of Life Institute believes Elon’s donation is important:

“There is now a broad consensus that AI research is progressing steadily, and that its impact on society is likely to increase. A long list of leading AI-researchers have signed an open letter calling for research aimed at ensuring that AI systems are robust and beneficial, doing what we want them to do. Musk's donation aims to support precisely this type of research”.

The huge amount of money will be administered by the non-profit organization whose scientific advisory board includes AI-researchers Stuart Russell and Francesca Rossi. According to the FLI’s press release, the research supported by the program will be carried out around the globe via an open grants competition, through an application portal that will open next Thursday, January 22. Do you have any ideas on stopping Terminator from choosing the dark side? Please sign up here.
In just a couple of words, anybody out there that has an idea on how researchers could keep AI safe is invited to present their idea and get a part of the $10 million cake. The plan is to award the majority of the grant funds to AI researchers, while the remainder will go to AI-related research involving other fields such as economics, law, ethics and policy.

“Anybody can send in a grand proposal, and the best ideas will win, regardless of whether they come from academia, industry or elsewhere,” FLI co-founder Viktoriya Krakovna explained.

"This donation will make a major impact", said UCSC professor and FLI co-founder Anthony Aguirre: "While heavy industry and government investment has finally brought AI from niche academic research to early forms of a potentially world-transforming technology, to date relatively little funding has been available to help ensure that this change is actually a net positive one for humanity."

You might find it a bit awkward, but you should know there are quite a bunch of really smart people around the planet involved in the research. Once again, Elon Musk does not seize to amaze us.

PS: feel free to check out FLI's video below to get more details on the project 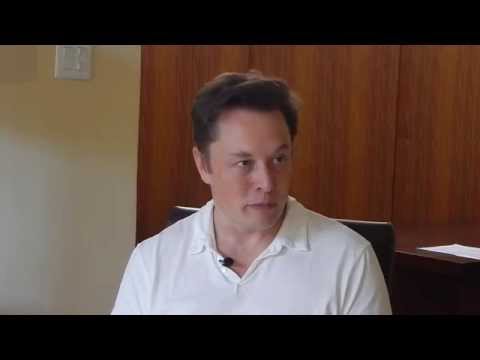