1 How to Fuel Your Car

2 How to Protect Your Tires

Electric Current Through Fuel, a Bad Idea? On the contrary 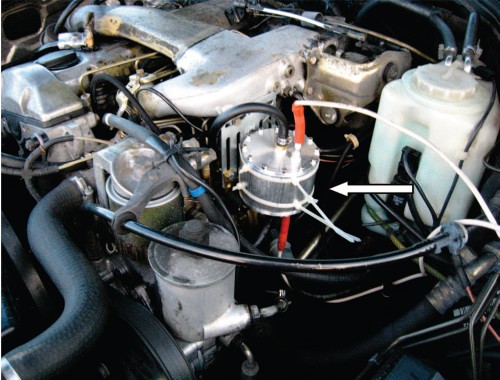 “Hey Bob, is that fuel? Yuuup Jimbo. Hey Bob, what would happen if I was to put some of these pretty, pretty sparks in it? Well Jimbo, that would...”. That's how we'd imagine the experiment proposed by researchers at the Department of Physics, Temple University, well not quite like that, but close anyway.

Apparently, a principle called “electrorheology” (see if you can pronounce it correctly without twisting your tongue) could improve fuel consumption by reducing the viscosity of petroleum fuels. This principle is applied with the help of a small device that produces a strong electric field just before the injection, resulting n much smaller fuel droplets in atomization.

The researchers' explanation is that combustion starts at the droplet surface and smaller droplets lead to cleaner and more efficient combustion.

“Our device could be easily applied on current engines to improve their efficiency. Both laboratory and road tests confirm our theory and indicate that such a device improves fuel mileage significantly.
The technology is expected to have broad applications, to current internal combustion engines and future engines as well,” Rongjia Tao, chair of Temple’s Physics Department, said.

Experiments concluded that diesel engines are clearly more suitable than petrol-based ones. The scientists have already conducted two tests, albeit with different results. The first was carried out on a solution manufactured by Cornaglia Iveco from Italy.

“The results of the Cornaglia Iveco test were not bad but below the expectation from our spray experiments. Therefore, we revised our device afterward,” the study mentioned.

The second test was done on a Mercedes-Benz 300D diesel sedan with considerably better results.

“When the device was turned off, the average power output was 0.3677 hp. It increased to 0.4428 hp after the device was turned on. This indicates that the power output was improved by about 20.4% at the same fuel consumption rate. In other words, if the engine on the road is under the same condition as our laboratory test with the dynamometer, the fuel mileage will be increased by 20.4%. The laboratory test was repeated for 3 h and had an error within 5%,” the study concluded.

Gizmag quotes Joe Dell, vice president of marketing for STWA (California-based Save The World Air Inc.,), as saying that the company is currently working with a trucking company near Reading, Pa., to test the device on diesel-powered trucks, where he estimates it could increase fuel efficiency as much as 6-12 percent.