5 Toyota Supra Flies Down the Strip
Car video reviews:
Up Next

EKanoo’s IRS Supra that was almost crashed yesterday it’s now back and it’s even more determined to break records.
1 photo
For example, in this video it broke the 60 feet world record, by crossing the mark at just 1.12 seconds, with Ebrahim Kanoo behind the wheel.

Tuned by Shane T, the IRS Supra also put up a show by doing a very nice wheel-stand, something you would expect from an American muscle car, not a Japanese. But with that capable engine and those flowing shapes, I guess that you can call the Supra Japan’s muscle car.

Check it in the short video bellow. 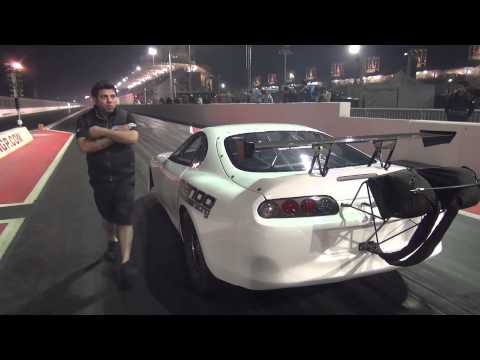