2 Tucson to Blink the ECOtality Way

3 Blink Chargers Getting into Your Home

5 ECOtality Charging Network for Oregon Revealed
Up Next

The Grind. The German Side 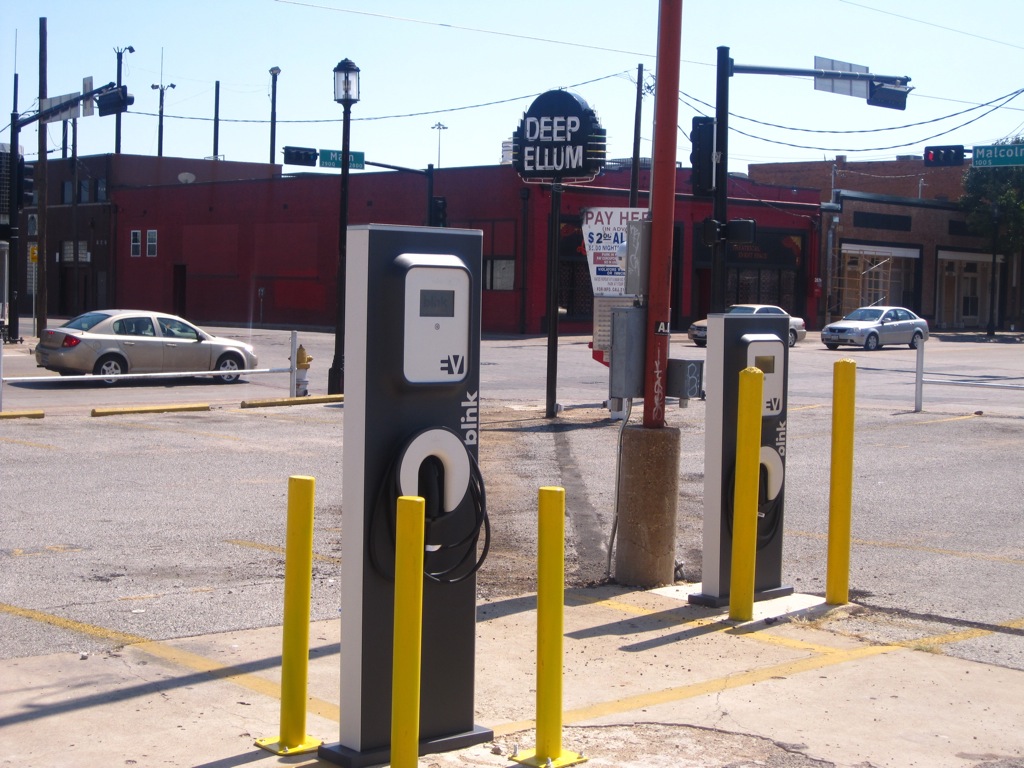 The Deep Ellum neighborhood near downtown Dallas is home to some of the first public access Blink Pedestal charging stations for the region.

ECOtality began installing publicly available charging stations in the Dallas area in May, and to date has installed 17 chargers throughout the greater Dallas metro area. As project manager of The EV Project, ECOtality is overseeing the installation of approximately 14,000 charging stations in 18 markets—including Dallas and Houston—in six states and Washington, D.C.

Thanks to the Blink Network of charging stations, EV drivers will be able to charge through a variety of options including interoperable RFID cards, smartphone applications, and mobile phone and credit card based payment options.

“Throughout Texas and across the United States, consumer demand for electric vehicles is growing at an unprecedented rate,” said Jonathan Read, CEO of ECOtality, Inc. “We’ve expanded our network of smart public charging stations in Dallas to meet the needs of the next generation of EV drivers—allowing them to charge up when they shop or dine in one of Dallas’ premier entertainment districts. By bringing Blink to Dallas, ECOtality is providing EV drivers with new choices for how to commercially charge their electric vehicle.”