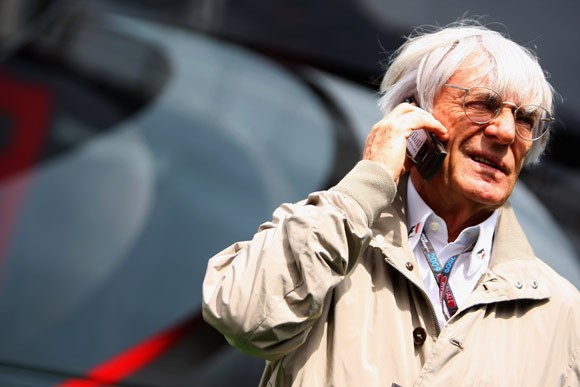 A few weeks back, a German newspaper was claiming that Bernie Ecclestone, the chief executive of Formula 1 racing, had paid German banker Gerhard Gribkowsky a $50 million kickback when the commercial rights of the championship were sold by BayernLB to F1's current owners CVC. Apparently, new evidence has come up to support that.

First off, we're talking about the Suddeutsche Zeitung (SZ) newspaper, whose reporters have now found a letter suggesting that Ecclestone was indeed the man behind the curtain in this whole affair.

The letter was marked as confidential and dated December 14, 2007, demanding Ecclestone to pay a missing installment of $2.3 million as well as late penalties. It was sent by Austrian company called GREP GmbH, which received the bulk of the Gribkowsky payment.

Further investigations from the SZ newspaper revealed that the letter was actually edited by one of Gribkowsky's lawyers and that Ecclestone was not very happy about it when he received it in London (according to sources).

The story comes only a few days after news magazine Stern made another allegation about Ecclestone's involvement in the whole saga, suggesting that payments to Gribkowsky were linked with a company called Petara – needless to say, the word is a combination of words from Ecclestone's two daughters Petra and Tamara.

Ecclestone is yet to make any comments regarding his involvement in the affair, but did say at one point in early January that should these media reports continue, he will sue the publications in question. As far as Formula One Management (FOM) is concerned – the company that now owns the commercial rights of F1 – it has reiterated its denial of being involved in the saga.