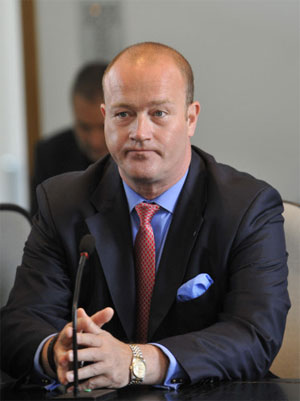 A significant amount of time has passed since a scandal shattered the world of Formula One. The last that we can remember was the war between the International Automobile Federation (FIA) and the Formula One Teams Association (FOTA) a couple of years back. However, 2011 promises to bring us a potential affair in which the very CVC (rights owners of F1) may be involved.

According to reports in Germany, cited by the GMM news agency, the banker accused of taking a $50 million bribe amid the sale of F1's commercial rights five years ago has been arrested.

The Munich police announced on Wednesday that Gerhard Gribkowsky, an F1 representative of Bayerische Landesbank, was arrested and taken into custody on charges of corruption, tax fraud and breach of trust by selling the F1 rights "without evaluation of its current value" and taking the kickback.

For those of you who are unfamiliar with the story, some 5 years back the commercial rights of Formula One have been transferred from the aforementioned Bayerische Landesbank to CVC Capital Partners. Although the move did not raise any suspicions at the time, it is now believed that Gribkowsky received a huge sum of money as a sign of “Thank You”. From who, this is yet to be investigated.

The whole story emerged after 52-year old Gribkowsky opened up his own charity foundation in Austria (go figure!) but was unable to give a plausible explanation on the source of the millions invested in the foundation.

According to the prosecution, the $50 million (approximately) sum handed to Gribkowsky was received “in payments disguised via two consultancy agreements.”

As the CVC were the main beneficiaries of the rights switch, everyone is now keeping a close eye on the Luxembourg-based company. In a statement for the press, the CVC insisted it has “no knowledge of, nor any involvement in, any payment to Mr Gribkowsky or anyone connected with him in relation to CVC's acquisition of formula one”.