Dark Clouds Ahead for Brawn GP 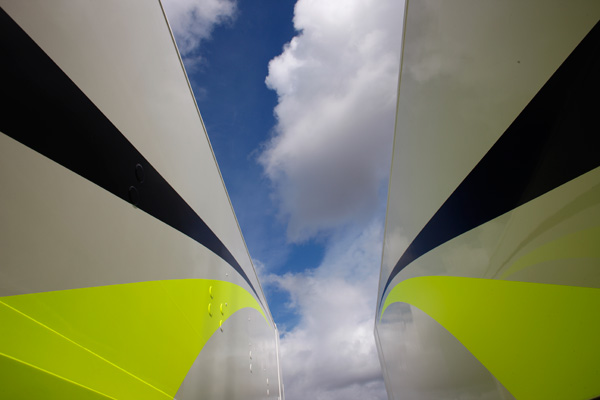 An expert observer of Formula One racing commented on the tough time Brawn GP is now having to find the pace that brought them 6 wins in the first 7 races of the 2009 championship. The Brackley based team scored only one 3rd place in the last 2 races, as compared to 10 podium appearances until the Turkish Grand Prix.

However, while most of the experts are reasoning that the team's last results are only circumstantial, being related to track characteristics (Silverstone) and weather conditions (Nurburgring), F1 team manager Joan Villadelprat argued Ross Brawn is now paying tribute to his poor financing for the 2009 operations.

According to Villadelprat – who, by the way, submitted an F1 entry for 2010 on behalf of his Spanish outfit Epsilon Euskadi – the developments implemented on the BGP 001 in the first part of the season were the result of Honda's financing, whereas the second part of the season will likely see an underdeveloped car from the Brawns.

The reason for that is Brawn's poor sponsoring campaign so far. With Honda no longer willing to pay for newer developments, the lack of funds will make it impossible for the Brackley based team to continue improving their 2009 challenger.

“They have obtained some sponsors, but none of significance. Virgin's contribution is modest and they have already announced they will not be around in the next campaign. This is a problem, because there is no money to invest in the car,” Villadelprat wrote in his column for the Spanish newspaper El Pais, as reported by the GMM news agency.

“Until now they have lived on the money of Honda; even the developments presented in Barcelona were financed by the Japanese. This slowness in improvements is noticeable now in comparison with the other teams, especially Red Bull,” added the Spaniard.

And the latest outburst from Rubens Barrichello is no picnic to deal with either, as Brawn will also have to make use of his managerial capabilities in order to keep a good atmosphere within his team. All that being said, Brawn GP's “second phase” in Formula One looks unlikely to go down as smooth as initially predicted, which should make for an exciting title fight for the remainder of the 2009 season.