1 Danica Patrick Will Drive the No. 7 for JR Motorsports

Danica Patrick Will Miss the Daytona Opener in the Nationwide Series 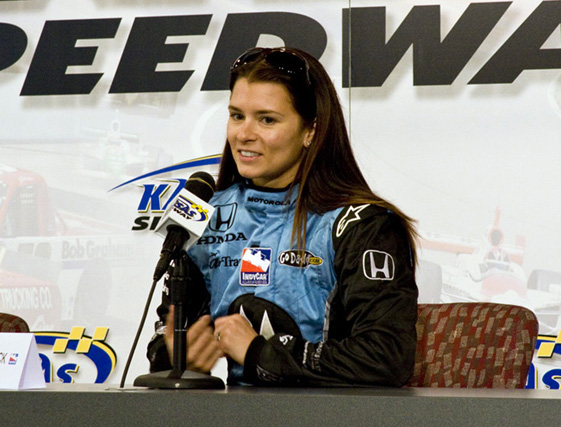 The NASCAR fans at the Daytona International Speedway won't get to see Danica Patrick make her much-awaited debut in the 2010 Nationwide Series. As confirmed by the IndyCar Series race winner earlier this week, she will attend the Daytona weekend as contestant in the ARCA RE/MAX Series event, but not in the Nationwide race.

The reason for that seems to be the tough competition she would be expected to face in the very first race of the season. First of all, the pressure is set on all drivers debuting in the series, each wanting to make a perfect start of their 2010 campaign.

Secondly, the Nationwide race is scheduled in the same weekend as the Sprint Cup event, which makes several Sprint drivers take the opportunity and prepare for the Daytona big race by competing in the Nationwide race. Therefore, with so many tough drivers to race against – and being that this will be her very first outing in stock car racing – Patrick decided to wait for a while before making her NASCAR debut.

“The race is basically a Cup race, some 30-odd drivers in Cup run in it. So, is that the right time for me to start or not? You only get one grand opening, so I've heard. We want it to be the right opportunity,” said Patrick, who's set to do both IndyCar Series and Nationwide programmes this year (the latter will be on a part-time basis).

Benefiting from GoDaddy.com sponsorship throughout her projected 2010 Nationwide programme, Patrick will therefore make her debut in the NASCAR series in the very following weekend, at the Auto Club Speedway on February 20. She will then get behind the wheel of a JR Motorsports prepared car for the first time in a projected 13-event schedule for the 2010 campaign.