BMW M Driver’s Package for the M4 Convertible Will Cost €2,450

Since it was introduced back in 2007, the Sandero slowly but steadily won over the hearts of many Europeans in the market for a cheap and practical supermini. Compared to platform brother Logan, the Dacia Sandero is slightly more appealing because its easier to park and it looks better in this hatchback configuration than the three-box design of the Logan.
3 photos

Speaking of which, the Dacia Sandero spawned an even prettier model marketed as the Stepway. With the current generation of the Romanian-made hatchback, the Stepway isn't actually a different model altogether but the top-of-the-range trim level, which can be specified with two Renault-sourced turbocharged mills: a 0.9-liter three-cylinder petrol with 90 horsepower on tap or a similarly powered 1.5-liter turbo diesel.

It might look rough-and-ready thanks to its chunky wheel arches and off-road inspired bits and bobs, but don't get fooled by the aesthetics or increased ride height of the Sandero Stepway. Underneath that cheeky bodyshell is still just a front-wheel drive chassis based on the Renault Clio. It's enough to get you through soft off-roading situations, but if you need something to climb (almost) every mountain and ford (almost) every stream, then the four-wheel drive Duster is the Dacia to suit that need. 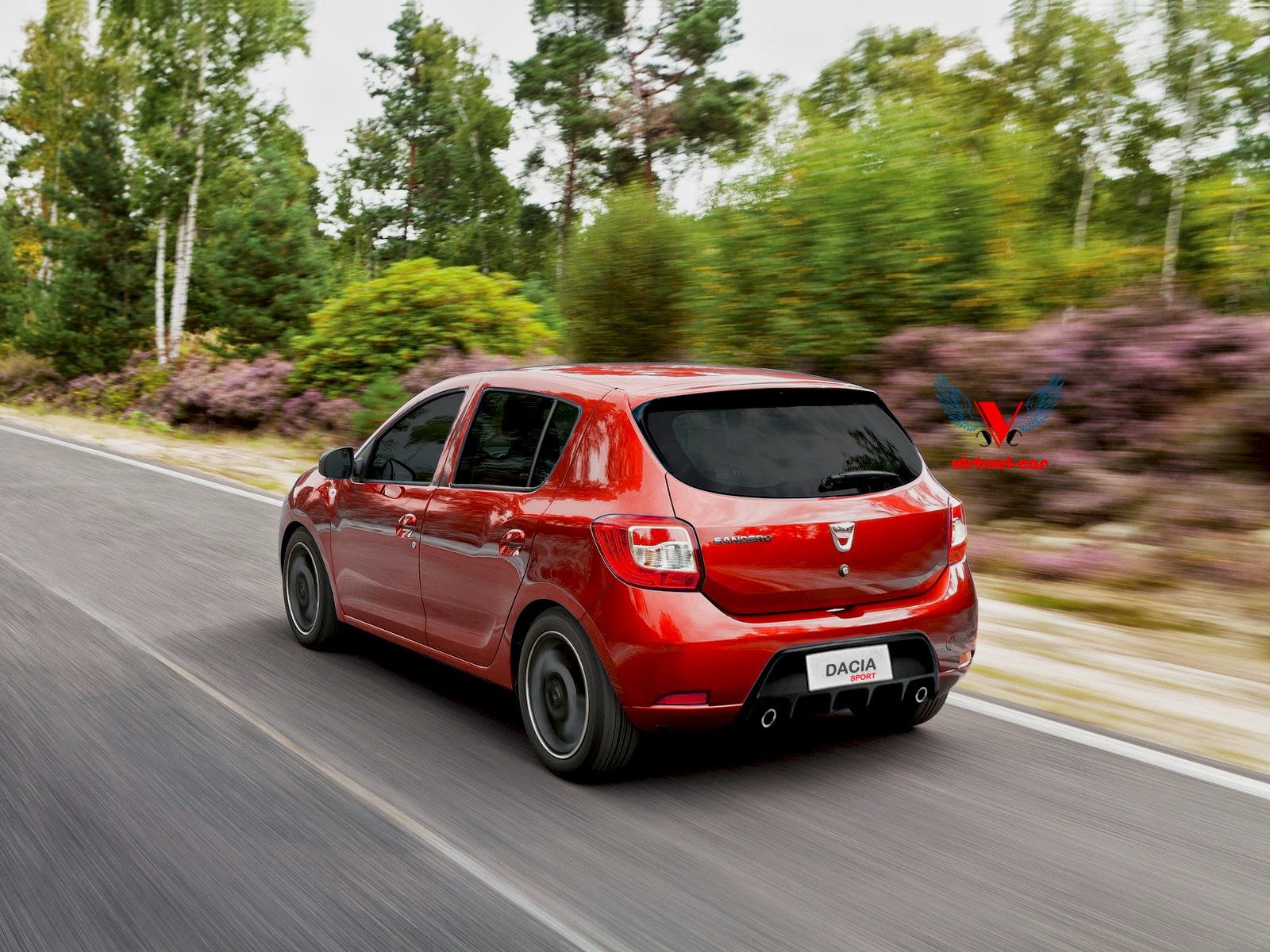 With that one covered, it still feels like something is missing from the Romanian car manufacturer's lineup. Yes, you've guessed it – virtually every European automaker has a hot hatchback in its range, so why shouldn't Dacia spice up the Sandero as well? Take the Sandero Sport design study from the Frenchies over at Virtuel Car as a prime example of what it would look like if Dacia would actually offer a spirited driver's special of the Sandero.

Thanks to the magic of Photoshop editing and a strong passion for cheap and cheerful motoring, digital artist Khalil B. imagines the Sandero 'GTI' with black 17-inch sporty alloy wheels, a slightly sharper front fascia and wider side skirts, as well as an aerodynamic diffuser at the rear which incorporates two exhaust tips for added drama. The overall result looks both tame and snazzy, but imagine how cool it would be if under the bonnet you'd get the 1.6-liter turbo from the Renault Clio R.S.

With 200 horsepower and 240 Nm of torque at your disposal, just imagine how that kind of oomph would feel like when coupled to a six-speed manual to keep production costs as low as possible. After all, the Clio R.S.' EDC dual-clutch box would hike the price of the hot Sandero too much and Dacia is the low-cost brand of the Renault Group. To put that recipe into perspective, let's imagine how 200 horsepower would feel like on a car that's 170 kilograms lighter than the Clio R.S. Yup, it seems like a good idea that will unfortunately never happen.