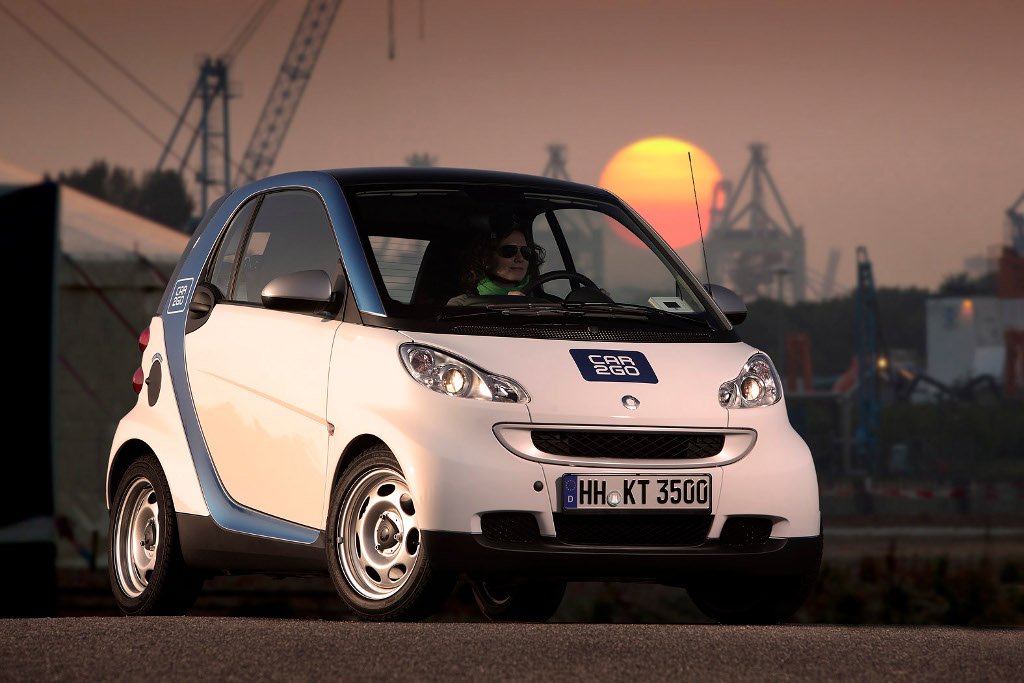 Hamburg is the first city in which car2go is being introduced as part of the planned international market launch, Daimler announced today. The launch is scheduled for the end of the first quarter in 2011, starting with 300 vehicles. The new partner of car2go, Europcar, will have a majority 75-percent stake in the joint venture.

The operating area in which the car2go vehicles can be rented either spontaneously or by booking in advance will initially cover Hamburg's central zone. The demand for individual mobility here is higher than average, while the smart cars make optimum use of the available parking areas.

The rental price in Hamburg will be 29 euro cents per minute or a maximum of 14.90 euros per hour. This includes fuel, insurance, mileage covered and taxes. The cost for parking in those garages is also included in the rental price.

The smart car2go edition used in Hamburg is equipped with a consumption-optimized petrol engine, automatic start/stop system, a newly developed telematics generation and a solar roof.

At the heart of the smart car2go edition is the new central control panel with a large, 6.5-inch touch-sensitive screen. It also houses the vehicle's key and up to four chip cards – for refueling and entering multi-storey car parks, for example.

The solar roof, which is a standard feature, has an output of 100 Watt power. The solar energy produced in this way is used to supply power to the telematics, and also to continually charge the car’s battery.

This allows the alternator to be decoupled while driving, thus reducing fuel consumption. In addition, if the vehicle is parked in the sun, solar energy is used to power the ventilation system, which can reduce the temperature in the interior by up to 18 degree Celsius.