4 Cyclone to Build No Oxygen Engine for Raytheon IDS

Cyclone Gets a New Patent for Its Engine 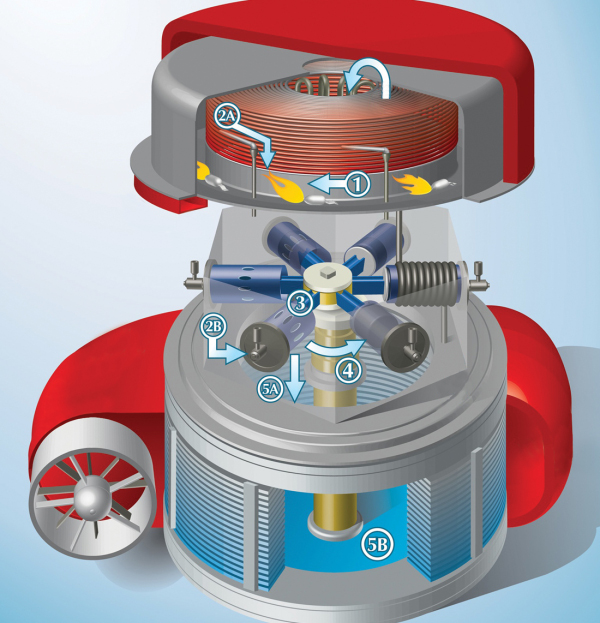 The heat regenerative external combustion engine is moving forward towards becoming one of the engines of the future, as its manufacturer, Cyclone Power Technologies, gets close of patenting all the technolgies used for its development.

The latest news from Cyclone is that the reversing and timing control mechanism in the Cyclone engine received a Notice of Patent Allowance from the US Patent and Trademark Office.

"We are pleased to receive patent protection on not just our engine, but many of the important sub-components that make it such a unique and important invention," Harry Schoell, Cyclone CEO said in a release.

"We believe that many of these patented sub-components have commercial value as stand-alone products; and therefore, we believe our continuing investment in these patents can help us diversify our future revenue streams, assure future profitability, and build long term shareholder value."

The reversing and timing control component comprises a uniquely designed cam mechanism and is used to reverse the direction of the piston rotation in the steam engine.

Thanks to it, if used in the automotive sector, the engine will need no transmission, because engine itself is capable of operating in reverse.

The Cyclone is a Rankine Cycle heat regenerative external combustion engine. Loosely translated, the unit is capable of turning heat into work.

Depending on the applications for which it is developed, the engine has an output ranging from 5 hp to 300 hp. For automotive use, its output is ranked at 100 hp.