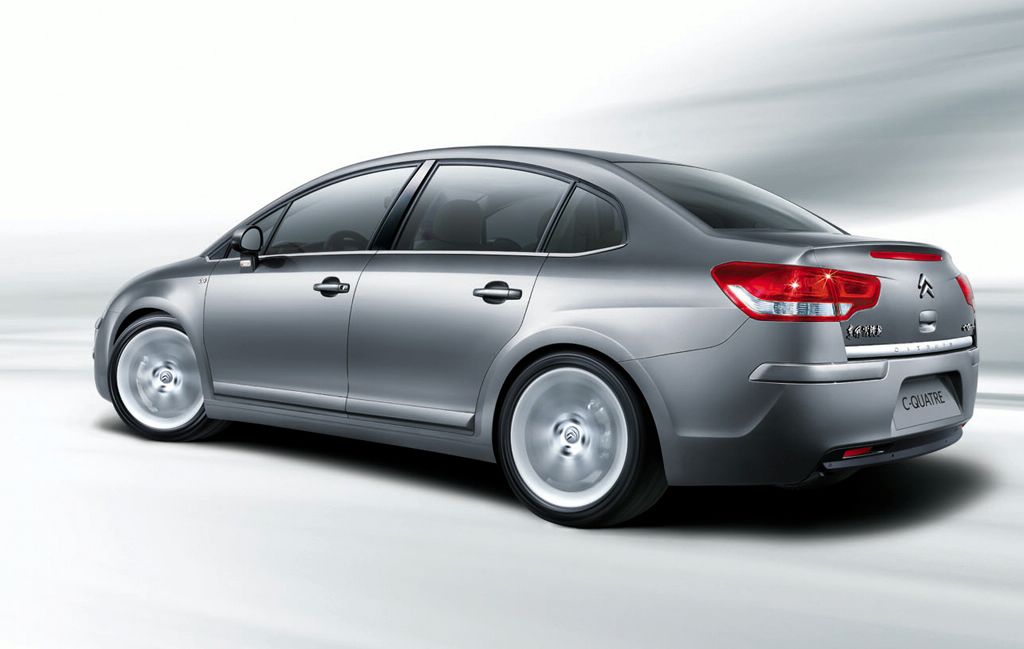 China, and particularly Shanghai, is the main attraction these days for all car enthusiasts around the world who are waiting for new models to come out at the local show. Such a global premiere is the one of Citroen C-Quatre, a sedan that was displayed a few days ago at the Shanghai Auto Show and which is expected to go on sale in the country this June.

Details are pretty sketchy at this time, so we can't say for sure whether the manufacturer intends to sell the new model globally, or keep it in China for a few years - the previous model called C-Triomphe was sold in the country since 2006.

Technical information is yet to be released, but as you can see for yourselves in the adjacent photos, the car sports several exterior styling modifications, including the front fascia, the front bumper and the fog lights.

In addition to the C-Quatre, the French manufacturer also displayed at the show the C5, a model that is expected to hit Chinese streets in early 2010. The car will be produced locally at the new Wuhan plant, Citroen said in a statement for the press. "Strengthened by its success in Europe - with some 87,000 sales in 2008 - the new C5 is a major asset for Citroën success in the high-end segment in China," the press release read.

Citroen has quite enthusiastic plans when it comes to China, with the French manufacturer announcing that 20 dealerships have been redesigned to boast a new image, while an upgraded network is expected to cover 230 cities by 2010. Furthermore, Citroen developed 12 technical training centers since the start of the year plus two sales schools, in Chengdu and Wuhan.