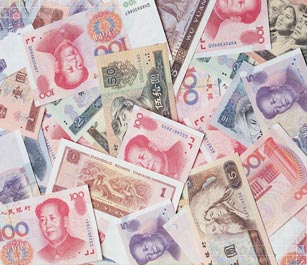 The vehicle prices on the Chinese market grew 1.3 percent last month, the highest level since late 2005, as government incentives continued to drive the demand on the country’s automotive market, now the biggest in the world, as Bloomberg reports.

"The January price hike is a surprise," Cheng Xiaodong, an official with the National Development and Reform Commission's vehicle-price monitoring division, was quoted as saying by Bloomberg. "But it may not last as production will be picking up over the coming months.", he added, describing future trends.

The increased auto prices eased concerns about competition and overcapacity hurting profits. China’s car sales increased by 124 percent last January as compared to the same month of 2009, reaching 1.66 million units thanks to the authorities’ extended stimulus scheme, including subsidies and tax cuts.

Retail prices for cars grew 0.82 percent in January from a year earlier and 2.33 percent from December, Cheng added. As the automotive production will be increased, the competition between automakers may cause prices to fall by approximately 0.5 percent by the end of the year.

In 2009, China became the world's biggest automotive market, surpassing the U.S. for the first time in history. The country also became the world's largest car manufacturer for the first time in 20 years. Last year, 13.79 million vehicles were produced in China - this put the country ahead of the U.S. and Japan. 44 percent of the aforementioned vehicles were produced by self-owned brand companies. However, the country's car exports fell by 46 percent in 2009.