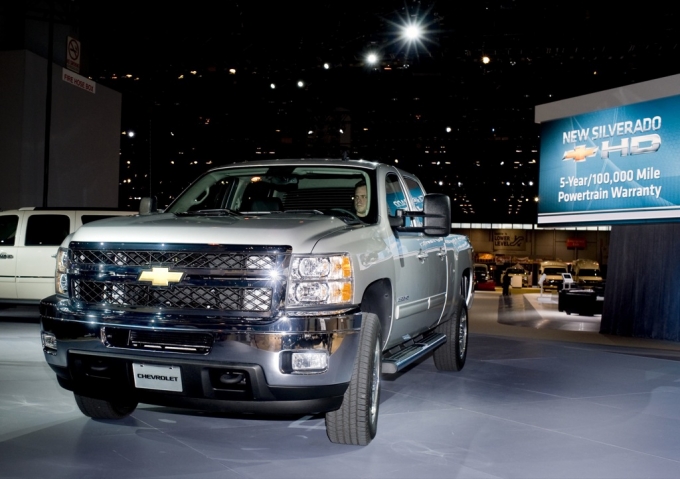 As in Sierra HD’s case, the 2011 Chevrolet Silverado HD capability ratings have also been increased to 21,700 pounds of towing and 6,635 pounds of payload. Entering production next week, the Silverado HD becomes the most capable heavy duty pickup on the market, Chevrolet says.

"Our focus has consistently been on delivering customers the most capable heavy-duty trucks in the market. The first set of capability tests confirmed that the team had exceeded the payload and towing targets by a significant margin,” Rick Spina, GM Full-size Truck global vehicle line executive, said in a release.

“Ongoing testing demonstrated a clear opportunity to increase the true capabilities of these trucks. Even pulling a combined weight of nearly 15 tons seems easy behind the wheel of a 2011 Silverado HD 3500 with the proven Duramax Diesel."

According to Chevrolet, engineers conducted a series of tests to certify increased payload and towing capacities for the 2011 Silverado HD, as follows:


"We encourage consumers to test drive the Silverado HD against competitive models," said Spina. "Based on our test results, we are confident the Silverado HD will prove to be the best choice for real-world towing and hauling needs."