1 Vaillancourt is Next in AMA Motorcycle Hall of Fame 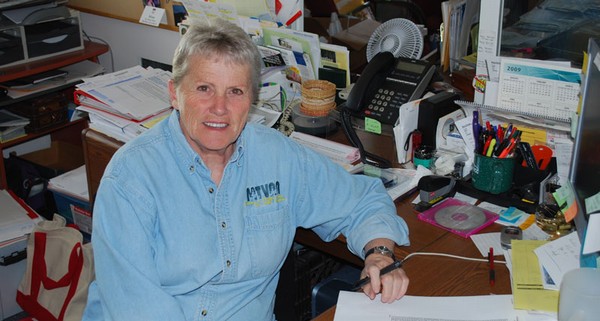 The third member in the AMA Motorcycle Hall of Fame Class of 2009 was announced, none other than the champion of off-highway riders’ rights, Mona Ehnes.

"Mona Ehnes is one of motorcycling's most dedicated rights activists," said AMA President and CEO Rob Dingman. "She not only embodies the spirit of advocacy but also possesses the even rarer fortitude to act on her convictions.”

Ehnes fairly earned her place next to Giles Vaillancourt (chosen for his contribution in modern motorcycle suspension development) and Randy Hawkins (seven-time national enduro champion) at the 2009 induction ceremony at the Hard Rock Hotel & Casino in Las Vegas scheduled on December 5.

"Mona is truly a legend in the off-highway vehicle community -- a shining example of a quiet leader who has set the gold standard through her thousands of hours of volunteer work and dedication to protecting off-highway vehicle recreation,” added Kathy Van Kleeck, chairwoman of the AMA Motorcycle Hall of Fame Leadership/Motorcycle Rights Advocates Committee.

Mona Ehnes first entered the fight for riders’ rights back in 1967, when the legislation had restricted off-highway vehicle riding opportunities in her home state Montana. Since then, Ehnes never abandoned her fight, being also a founding member of both the Great Falls Trail Bike Riders Association and the Montana Trail Vehicle Association.

"I've been a member of the AMA for some time, and I've always supported the AMA Museum, so this is such an honor," Ehnes said. "I've been involved with motorcycles and motorcycling since the '60s. Dirt biking is my life. If somebody is willing to give me this kind of recognition, then I hope that it inspires other riders who love dirt biking as much as I do to get out and get involved."