Car of The Year Final Countdown 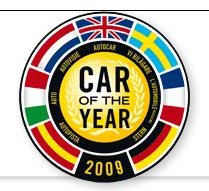 The international Car of the Year contest has entered the final round as the jury has released a shortlist of seven finalists and only one of these cars will be declared 2009's car of the year.

The MiTO is Alfa Romeo's idea of an 8c for the masses and a great city car for swinging from coffee-shop to coffee-shop. It looks good, but not great, because it resembles the Competitzione a bit too much. Citroen C5 is a car that wants to be taken serious. The new model has a german look, but a French price tag. Is that enough nowadays?

Ford Fiesta is the new crisp&young looking car, offers a great drive (because nowadays all Fords do), a great interior, and a minimalist price tag. Opel/Vauxhall Insignia is the saloon car that put Opel/Vauxhall back in the game. There aren't many sedans that look like it today on the streets. It reminds us of the Maserati Quattroporte.

The Renault Megane, is as always, striking to look at, but promises a better drive. Skoda Superb is considered to be a clever car that offers living room-space and much needed practicality.

Volkswagen Golf VI is the most important car to be launched this year.

Car Of the Year(COTY) is an international award and its object is to acclaim the most outstanding car to be launched that year. COTY is one of the most craved prizes for car manufacturers and can be a real decision changer when it comes to buying your car.

The COTY jury is made up of 59 senior motoring journalists from 23 countries in Europe. Recently, they announced that the final round is about to begin. After a list of 25 models they ended up with only 6 finalists. The most noticeable cars that did not make are the BMW X6, Audi A4 and the eagerly anticipated Mercedes GLK.