1 2021 Porsche 911 GT3 Prototype Breaks Down on Nurburgring, Spied Up Close

We've all seen the Porsche 718 Cayman GT4 in Racing Yellow, with the German automotive producer having even brought an example to the Goodwood Festival Of Speed (you can check this out in the social media post below). However, I'm more interested in what goes on at the factory, with a special example of the sportscar having been recently spotted in Zuffenhausen.
1 photo
This 718 GT4 seems to be dressed in British Racing Green and while we can't see the entire vehicle, the part of it that is visible suffices.

Of course, we can't be 100 percent certain that the hue covering the mid-engined special is the said BRG. Nevertheless, it's clear that we're talking about a Paint To Sample attire here.

Nevertheless, another clue towards this comes from the pair of YouTube videos at the bottom of the page, which compare three famous Porsche shades, namely BRG, Oak Green Metallic and Brewster Green. Note that while one of the clips shows these shades indoors, the other portrays them under the sun, with the models used for display coming from the carmaker itself and being filmed at a dealer - lens tip to the Rennlist Forums.

Unlike the 718 Cayman GT4 Clubsport racecar, which is animated by an updated version of its predecessor's 3.8-liter boxer (borrowed from the 991.1 Carrera S), the new 718 GT4 street car comes with an all-new motor.

The 3.0-liter boxer powering the 2020 Porsche 911 Carrera S has been bored and stroked, while losing its turbos, to become the 4.0-liter heart of the mid-engined sportscar sitting before us - power has dropped from 450 to 420 ponies, but with the splendid atmospheric throttle response, linear power delivery and soundtrack, who's complaining?

The rumor mill talks about an optional PDK, but that would probably allow the 2020 GT4 to destroy the 5-second gap that separates it from the 992 Carrera S on the Nurburgring (the latter is a 7:25 car), so we might be left with a manual-only proposal again.

P.S.: Yes, that is a covered Porsche Taycan sitting right next to this 718 Cayman GT4. Then again, with production of the Porsche EV set to kick off this September, the electron juice sipper won't be able to hide for long (meanwhile, here's some truly revealing spy material). 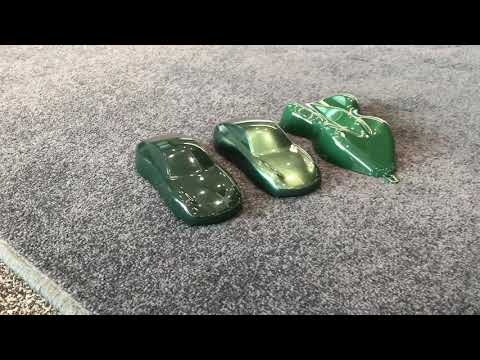