4 Bourdais Wants Confirmation Before Brazil
Up Next

Briatore Puts His Money on Massa 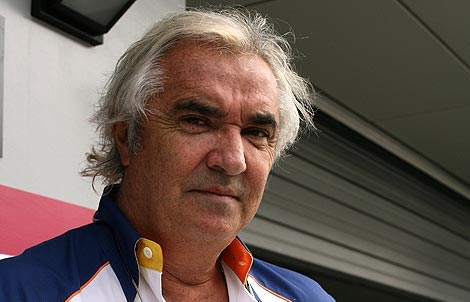 Flavio Briatore is very much convinced that Ferrari will clinch another historical 'double' this year, arguing that Lewis Hamilton's 5-point advantage on top of the standings won't be enough to finish the championship in front of title rival Felipe Massa.

When taking under consideration the fact that Hamilton has been in a similar situation last year, the odds are pretty high for the Brit to lose it again. Especially since the season's finale will get under way in Brazil – where Massa always mastered the elements – and the 5 points now in-hand can't be compared with the 17 points last year.

“In my opinion Hamilton will try again to throw away the title. He and McLaren were good last year already: to lose it with a 17-point advantage with two races to go is worthy of the Guinness World Records. If someone gets in the Guinness like that, he can really repeat himself with just five points of advantage. In my opinion Massa will win the title,” said Briatore.

The Italian also argued that Hamilton's slim chances of winning the title also relate to his driving style and lack of maturity, considering his latest stunt at Fuji. When going for the world title, one should focus on scoring points and not risking it all for a win or a podium, Briatore said.

“Hamilton hasn't learned anything: we saw that in Japan. He should be told he is an F1 driver, not a martian. He is no Muhammad Ali. He is a youngster who still has to show his worth. He's a good driver, but the good drivers are also the ones that bring the results home,” continued the Renault boss.

When having to pick for a favorite in the title race, Briatore showed no trace of doubt: “It's logical for me to root for Ferrari, as an Italian, as Flavio Briatore, and as Renault, for the relationship we have with Ferrari. McLaren, by contrast, accused us of espionage: we went on for four months for a silly thing that didn't exist”.