3 Ferrari Consider Alonso for the Future
Up Next

Briatore: Alonso Better Than Schumacher When on Pressure 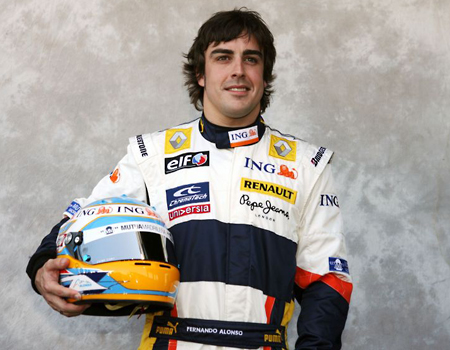 Fernando Alonso may have had a poor season in 2008 – first time in four years when he didn't challenge for the title – but then again, the fault didn't lie with him, but with his team. And his manager Flavio Briatore seems to get that. Not only that, but the Italian praised the efforts of his protege last season and gave him a boost of confidence ahead of the difficult year to come.

In an interview for F1 Racing magazine, Briatore reckoned the 2-time world champion is better at handling pressure than Michael Schumacher himself.

“They are two different drivers, in different eras of F1. But between the two I believe Fernando makes fewer mistakes than Michael. The more pressure you put on Fernando, the better he gets. Michael was not so good at handling pressure,” said the Renault boss.

The Spaniard won back-to-back titles in 2005 and 2006, becoming the first driver to win an F1 championship in the new millennium other than Michael Schumacher. Alonso's ability to handle pressure was tested in 2006 when Schumacher came from more than 20 points down to even the Renault driver on points with 2 races to go. However, the latter kept his cool and eventually retained his world crown, as Schumacher crashed out in the penultimate race of the season.

Also, talking about his driver's decision to switch to McLaren as soon as he'd secured his second straight world title with Renault (in 2006), Briatore admitted he was neither thrilled nor disappointed about that particular Christmas gift from Fernando.

“For sure it wasn't good. It was Christmas and this was not a good Christmas gift. I knew it would be difficult for him because the human part is very important to Fernando, but I knew he was not happy there. But I wasn't angry or disappointed. Just sad,” added Briatore.