5 Brammo Enertia, for Under $6,000 in California
Coverstory 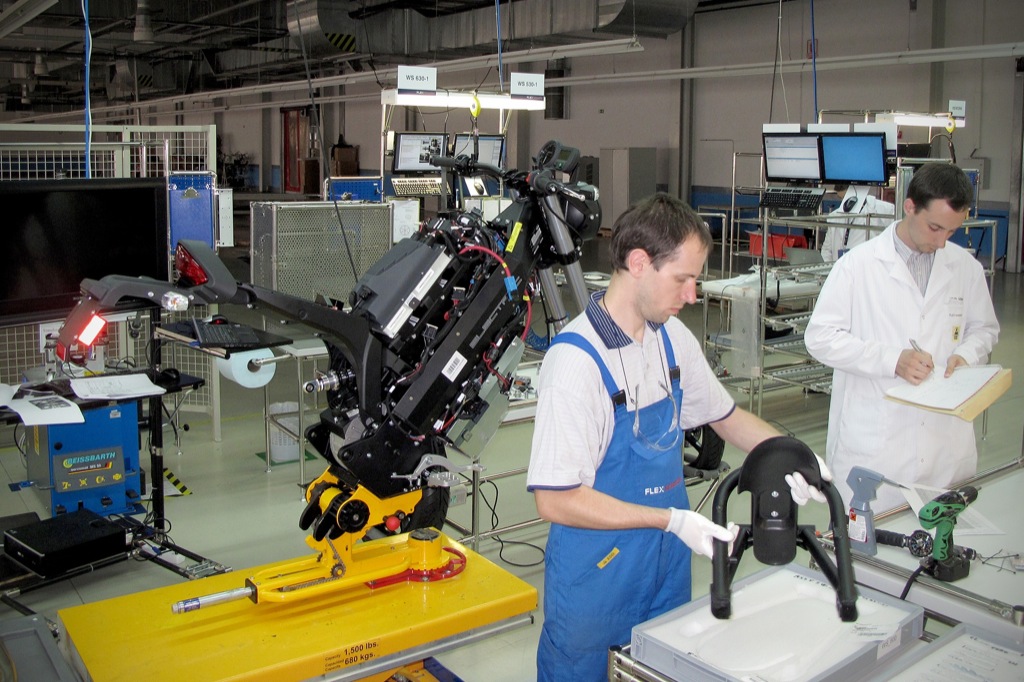 Electric motorcycle manufacturer Brammo - mostly know for its Enertia model - announced today that production of its bikes has now started at the Flextronics production facility in Sarvar, Hungary. The production line in question is capable of producing 660 motorcycles a month and will initially produce the Brammo Enertia and Enertia Plus for North American, European and Asian customers.

The Enertia plug-in electric motorcycle has a top speed of over 60 mph, a range of 42 miles and charges in about four hours by plugging into a standard wall outlet. According to its manufacturer, all this while using less than a dollar in electricity per 100 miles ridden.

The Enertia Plus features the new Brammo Power Lithium-Ion battery technology, which enables it to travel up to 80 miles (128 km) on a single charge. It also comes with a center kickstand and rigid Givi side bags. Customers can choose from four new colors: Eclipsed Black, Peacekeeping Blue, True Blood Red and Aluminium Silver.

“Now that our new facility has begun production, we have a significant number of customer and fleet orders that we will be fulfilling this year,” said Craig Bramscher, CEO and Founder of Brammo. “It’s been a very satisfying year with customer orders, new dealers and now production all gaining momentum much faster than anticipated.”

“After 8 months of solid, concerted effort on both sides we have reached this milestone, and I couldn’t be more proud of the team. We have been extremely impressed with how much Flextronics brings to the table in the way of manufacturing and quality processes owing to their vast experience as a Tier 1 automotive supplier and contract manufacturer. This partnership gives Brammo the ability to scale production and access global markets and the benefit of strengthening its reputation as the builder of the world’s finest electric motorcycles,” said Brian Wismann, Director of Product Development at Brammo Inc.