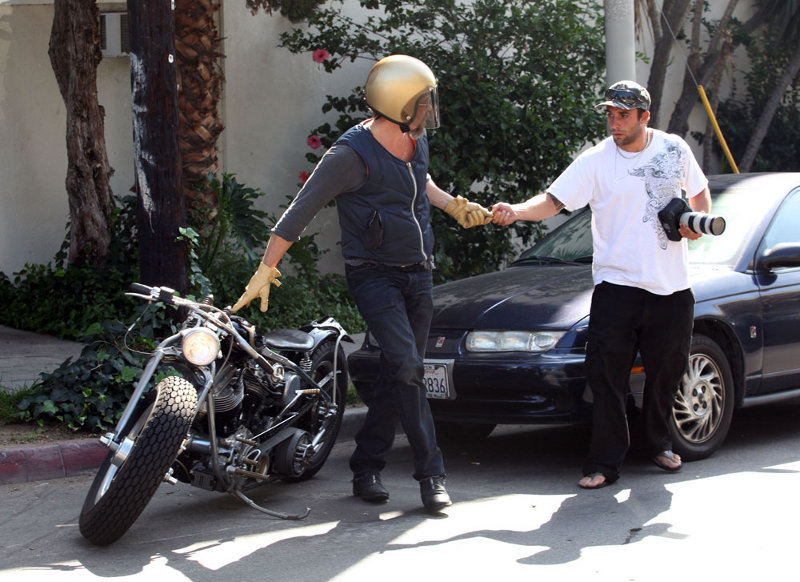 Several versions of an accident which involved Hollywood star Brad Pitt have surfaced the Internet these days, but one thing is for sure: the actor was wearing his helmet and he was not seriously injured, while his bike and the other car involved in the accident were not damaged.

According to some, a paparazzo who was chasing Brad in a Toyota Camry had something to do with the minor collision, but details are yet to be confirmed.

However, though he reportedly was pretty shaken following the incident, the actor pulled himself together and reacted just like any normal person would in such a case, exchanging insurance information with the driver he collided with.

Pitt was riding a newly purchased chopper when the incident happened, so he might have had troubles controlling it as a result of not having the time to get comfortable with it yet. This is also the first time the actor is being involved in an accident while riding a motorbike, so the probability of him being a bad rider is less likely.

Well, luckily for Angelina, Pitt will still be taking care of her and their six kids, though following the aforementioned incident he could be having second thoughts about wondering in Los Angeles on two wheels.

Some three months ago, Pitt faced a motorcycle breakdown, when he was helped by the paparazzi. Well, it seems that wearing a crash helmet as a solution for being anonymous on the road is not really the best solution, as paparazzi are always chasing him.